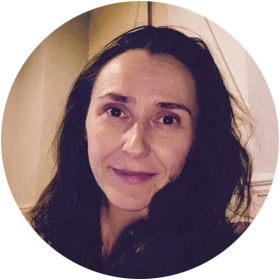 I teach English Language and Literature, Creative Writing, and some modern languages (Russian and Spanish) at GCSE, IGCSE, GCE, IB, and Degree levels.

My students` academic successes are the best indicators of the quality of the tuition I deliver. I am able to help my students achieve their desired results by working with the potential they already have and the effort they are already putting into their studies.

A GCSE and later, IB graduate myself, it is clear to me that the best way to succeed at one`s studies is to enjoy the process of learning. I always try to make my lessons intelligently fun and ethically appropriate for young people.


Availability: I am generally available during the week and weekends, by appointment.

Experience: 2019: My GCSE students did not disappoint and even surprised me this year. One got 7 in Lang and 9 in Lit! That was the huge surprise. Another got 6 in Lang and 7 in Lit. And yet another, an 8 in Lang and Lit.
2018: 11+ results - Bexley scores ranged between 233 and 347; Kent scores were between 369 and 399; CSSE score was 336; Sutton (Non-Such and Wallington) score was 347. All three of my students are deemed (Highly) Selective. All three secured a place as of March 2019 at Dartford Grammar, Bexley Grammar and Non-Such Grammar.

My GCSE students received grades with which they are very happy, ranging from 6 to 8. On average, after working with students, their grades go up by 2-3 from predicted grades.

2017: All but one of my 11+ students successfully sat their exams in September 2017, and were recently accepted in their preferred schools.

The pupil I tutored for the Eton scholarship exam, was successful.

With the GCSE and A-Level results out, one of my students greatly surprised me, when she texted she secured a 7 in English (AQA). She was expecting a 5.

Another student, who sat the English Edexcel exam, scored an overall 7. That is an excellent achievement, considering his Mocks were worrying. Very well done!

An A-Level student I have been tutoring since 2015, got her A in Literature (AQA), so off she goes to UCL. Congratulations!

Have had one student apply and get into New Hall on 2 December.

My students, who sat the 2017 11+ Kent, Bexley, Medway, CSSE, Chelmsford and Latymer exams, have passed and will be going to their desired schools next year.
Currently preparing one student for the Eton Scholarship exam, which he will sit in May 2017.

On 18 August, my A-Level Creative Writing student received A in this subject and I am very happy to hear she attained the level she worked so hard toward.

GCSE English Literature: my student who got D`s and E`s came to me with the hope he could reach C in the exam. We worked one year and half, and on 25th August, he contacted me to say he got B. He said, "You made the impossible possible for me." That brought tears to my eyes.

I also just heard from another student, a boy who attends Eton, that he got A* in English. He came to me as a C student in the summer of 2015.

2015: 11+ and 13+: Two of my students were able to secure places in Bexley and Dartford Grammar schools. One was accepted at Harrow, aftr he successfully sat the 13+ exam. I am currently tutoring several children in preparation for the upcoming secondary school entrance exams.

2014: IB English Literature SL - First Year IB tuition on a daily basis during the Easter holidays, to twins Tom and Toffy, who attend Marlborough College. The students were struggling with the technique of writing literary essays. We spent a lot of time on essay structure, writing technique, terminology, and text passages analysis.

A2 History - A2 Level tuition to Tom in Islington, focusing purely on historical essay technique two months before his exams. Tom had a genuine interest for history, but could not quite balance the technical demands of the subject with his understanding of the events and historical context of these. After having met a couple of times, we decided that the best way would be for Tom to send me his essays in and receive them back with my detailed feedback, after which he would produce a rewrite. This method proved useful as Tom`s writing did improve and he got the results he was hoping for, in the end.

2013: IB English Literature - Two years of IB English tuition with Sharon, who attended Sevenoaks school. We worked hard on learning to analyze texts at a more academically demanding level. Sharon regularly and consistently wrote and rewrote essays on complete works as well as commentary essays on poems, to practice for her final exams. She was predicted for a 6, but with a lot of hard work and my gentle but demanding tuition, received 7, in the end. This mark helped her secure a place at UCL, where she dreamed to study Architecture.

IB English Literature HL - Tuition with Sufiyah, also at Sevenoaks, in preparation for her IB May 2014 exams. We mainly worked on essay writing techniques for both Papers One and Two. Sufiyah is an enthusiastic student and has a genuine love for the subject, so her needs were to tighten her structure and overall essay cohesion.

16+ English Literature - Two-month intensive tuition with Ray, who was preparing to take the Cheltenham Ladies` College Sixth Form entrance test. She was hoping to be admitted on the IB program and take English Higher Level, which she was able to achieve.

Sixth Form entrance Spanish - Tutored Spanish to Joon-hyong in his preparation for the Sixth Form entrance exams to Westminster School. He passed the exams with ease and was invited to the interview. We practiced interview techniques and oral Spanish, so that he increased his chances of being accepted. He was offered a place at the school, as a result of his hard work.

GCSE CIE Spanish - Tutored Jun-young in CIE Spanish (all parts but speaking) close to her exams. We practiced mainly past exam papers and techniques. Her final result for Spanish was A.

UCL Russian - Undergraduate tuition with Tom toward his final exams at the end of the year. He aimed to He has just informed me that he will be getting a first thanks to his Russian exam.

GCSE History - Tutored Jamie who was a little confused and anxious about his History exam when we first met. We worked towards first clarifying the material for him, and second, practicing exam techniques to boost his confidence.

GCSE Edexcel Spanish - Worked with Edward on his Spanish courswork, oral, writing, and reading levels, to help him achieve an A-star. He graduated with the result we worked on.

CIE Spanish - Taught the twins Erika and Sonya beginners` Spanish. We went through the grammatical and reading comprehension aspects of Spanish, so that they can successfully apply for the GCSE program. They were accepted at the end of the year (2012).

We have a total of 7 review(s) for Katia.

Our 7 year old daughter lacked confidence and although only six weeks in, she is definitely feeling more able to do her studies (and self motivates now too). As for our 10 yer old son; he has had a reality check. He is more than able to pass the eleven plus however he is highly selective in what he chooses to learn, Katia has been very matter of fact, and told him what his responsibilities are for his academic future. Katia is also very straight talking to us, reminding us of what we need to do to truly help our kids reach our/their long term goals.

Katia is a very good English tutor. My son is making good progress after only two sessions. My son likes her too. I would recommend her to anyone needing help in English.

Our son was struggling with his A level English literature course. The feedback from the school was never positive which left us pretty worried. We managed to get hold of Katia through tutor hunt. After the very first session when we asked our son for his comments, he was very quick to express his sense of achievement and learning. Albeit Katia tutored our son for only 18 one hour sessions our son’s progress was endorsed by very positive comments from his school, for a change, a truly pleasant music to our ears. We wish we had her from a much earlier stage of the course. An excellent and highly dedicated tutor who took the progress of our son personally. I would unconditionally recommend Katia to anyone. A big thank you goes to Tutor Hunt too.

Katia has helped my son improve so much in his writing and complehension. My son feels much more confident in English subject and achieved great results on his tests. I highly recommend Katia for her enthusiasm and excellent way of teaching.

Katia is great tutor. She is reliable person and great committed teacher.