Samuel has disabled his/her profile. You can not contact this Tutor at this time. 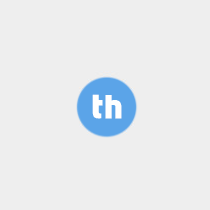 All rates listed here go directly to the tutor - we don't charge commission for this tutor.
Rates summary: Ł85.00 to Ł135.00 per hour

I teach the following subjects

Beyond A-Level: Accounting, Finance, Business, Interview technique, mentoring, numerical and verbal reasoning
Up to A-level: Maths & Physics
Up to GCSE: French and the Sciences
11+/13+ - all of the above subjects plus English diction / grammar

There are three things that make me a great tutor:

- I love understanding how people learn and what they`re interested in - what makes them tick, their interests, how they learn, concepts they understand.

- I find it fun, challenging and rewarding to take (often difficult) concepts and reframe them in terms that the tutee may have to date have had difficulty understanding. There is no greater reward than seeing someone "get" something they`ve previously struggled with and the encouragement and self-belief that they get from that. It is the reason I previously did so much voluntary work it is a vocation, not a job.

- I have the strong academic base knowledge across a range of subjects that allow me to draw on my experience to facilitate both of the above.

Availability: I am generally available other than Friday night / Saturdays

Experience: My experience is split between informal academic tuition, voluntary teaching and on the job tuition as part of my finance career. Recommendations from previous pupils available on request. Case studies include:

Dani was struggling with her GCSE French, consistently achieving an E grade despite working hard. I was asked to help at the start of the Easter Holidays. After our first session I laid out a course of the key areas she needed to focus on to learn, in her case with a particular focus on grammar. Over the following three sessions (approximately every two weeks), we worked on improving her vocabulary, writing technique and grammar, as well as her accent and confidence. At the end of the tuition she achieved a B grade.

Nathan was tutored over a number of hourly sessions during his Physics degree at Imperial College, London. In his own words, "his tuition helped me to understand a number of complex topics that I had previously found difficult to grasp of most value however was his support in my approach to studying. I had previously struggled to know what to study or how to prepare for exams [Sam] was very supportive and outlined for me step by step what I needed to do when in order to be as prepared as possible, including specific exam technique. His coaching was also of tremendous value and gave me the confidence to take my exams without fear, and allowed me to focus on the next exam instead of dissecting the last one".

His grades improved (by a couple of levels) from what he would otherwise have achieved.

Vinay is currently studying for his exams. Vinay was struggling to understand some past papers and the answers to them, and it was affecting his confidence. I explained a number of basic principles that he hadn’t understood as well as some answers that his teacher was unable to solve. We are now starting to work on exam technique and past papers.

Rory was lacking confidence in his Maths. I have started working with him on the very basics and have quickly identified and started to fix the gaps in his knowledge that were undermining a good ability as a result he has grown in confidence and we will soon be starting physics tuition as well.

Dmitry wanted support in his half term to improve his confidence in advance of deciding whether to go for triple or double science. Over 4 days we covered maths in the morning and the areas of Biology and Chemistry he wasn’t sure on in the Afternoon. I helped him understand where he was rushing and making silly mistakes where his English needed improvement and started to build his ability to break down complex mathematics problems to be able to work his way through them. At the end of the week we also went through a Chemistry paper which he confidently understood. He has requested to be tutored again for 2017 GCSEs.

We have a total of 2 review(s) for Samuel.

Samuel is a very good tutor who I would recommend.