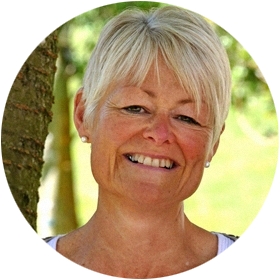 I have over 30 years experience teaching Maths at GCSE, A Level and IB, with excellent results.
Students who come to me unsure of themselves and their ability, routinely gain grades above their original expectations.

Do you feel you are starting to fall behind with your Maths in these very difficult times? If so, don`t worry! I can quickly get you back on track and help you reach your full potential. With one to one tuition, you probably won`t need many sessions with me to catch up, and can have the option to stop whenever you feel confident.

When restrictions allow I can offer you lessons in my house with suitable distancing and safety measures. I am sure it will not take us long to get you back on track.

I am very patient, understand your difficulty with the subject, and can explain topics in a number of different ways leaving you feeling more confident at the end of your lessons.
Leave me a message and I will let you know how I can help.

Experience: Having taught at Windermere School for many years, then Casterton School I have left full time employment from Sedbergh School 3 years ago.
I have over 30 years teaching GCSE, IGCSE, A Level and IB.
I have also been an examiner for GCSE for 15 years.

Janet was thoroughly professional. She was able to motivate my daughter with Maths like nobody had been able to in years. Waiting for my daughters results now. Whatever they are, I couldn’t have asked for more! Thank you Janet.

Janet was very prompt & professional in responding to our enquiry when searching for a local maths tutor. Very quickly she has gained the trust of my daughter and is building her confidence in the subject. Janet takes the time to listen to her student and address any concerns around the subject ensuring sessions are tailored to each individual students needs.
Janet is calm, patient and very encouraging and we are delighted to have her as our daughters maths tutor, my daughter really looks forward to her sessions.

We`ve only met Janet a couple of times, so far the rapport between my daughter and Janet is very good. Janet seems to have a very good understanding of how to communicate with my daughter. As I said, it only been a one session hence I gave 4 stars. We are very confident that Janet will greatly enhance my daughter`s confidence in tackling any mathematical issues and would improve her exam results.

Results day update:
Working with Janet my daughter has gone from a U grade last year in her AS level maths to gaining an overall C this year after retaking all 3 exams from last year plus the additional 3 for this year. She has gained the place at her 1st choice Uni and we are all thrilled. Thank you so much Janet she wouldn`t have achieved this without you

Janet listens to the student in order to address their concerns so that they get the most out of their Maths sessions and quickly builds their confidence. She is very approachable and helpful.

In August last year my daughter failed 2 out of her 3 AS Level papers, she had lost confidence in her abilities and most of her motivation in the subject. I was lucky enough to get some advice from a friend, who had had to get some extra maths tutoring, who advised me to try and find a tutor before the start of the new academic year as "if I left it too late, all the good tutors will be snapped up" I had no idea where to start but found Janet on tutorhunt after searching the Internet and she immediately stood out. I contacted her and even though she was on holiday she replied straight away and my daughter started having lessons in September 2017.
Today, my daughter has taken her final A level exam, having also retaken all 3 papers from last year as well and she is actually very sad that her time with Janet has come to an end. Janet has not just improved her expected grades , but has become not just a maths teacher, but a mentor in life who has given my daughter renewed confidence not just in her maths abilities but in her whole approach to study. I cannot thank .Janet enough for all the help and advice over the last 9 months. My daughter is heading off to University with confidence and a work ethic that she did not have a year ago and Janet has had a huge role in that transformation. If you are looking for a maths tutor then you should snap Janet up as soon as possible I am certain you will not regret it.

Very prompt response from Janet and her friendly, professional manner have really impressed us. We would definitely recommend her!

Mrs Janet`s lessons are very interesting and my daughter is happy to have found a good teacher whom she can understand as she explains very thoroughly.

Our daughter (yr11) was struggling with her maths, finding it difficult to grasp maths and lacking in confidence. Her predicted maths GCSE grade was 3.

Our daughter asked us if she could have some private tuition to help her improve on her grade.

After a quick Google search we came across Tutorhunt, after reading the profiles of local tutors we decided to approach Janet.

After only a few sessions with Janet our daughters confidence grew along with her understanding of maths.

Our daughters school had informed up that due to time limitations it was unlikely they would cover the whole maths syllabus before the start of the GCSE`s. Janet was fantastic at filling the gaps and ensured our daughter had an understanding of each part of the maths syllabus.

Our daughter achieved a grade 7 in her maths and has now left school to attended a college that works very closely with the Russel Group universities.

Janet not only helped Lucy with her maths but gave her the confidence to believe she has the ability to achieve in all subjects.

We can not thank Janet enough. We would have no hesitation in recommending Janet to any young people in a similar position to our daughter.

My daughter didn`t do as well as expected in her AS Level this summer and has now had 3 lessons with Janet. They have already built up a great personal relationship and Janet has identified areas that need to be improved and has a plan going forward. Already my daughter`s confidence in the subject is returning, She is starting to enjoy her Maths again as she is learning in the 1-1 environment. Finding .Janet through Tutorhunt was a really easy process and I am looking forward to my daughter reaping the benefits that have already started.

My daughter has found Janet extremely helpful and excellent at explaining. She has already gained in confidence after only a few weeks. Excellent tutor.

Janet is a very experienced tutor with up to date knowledge of the curriculum. She is kind and helpful in her approach and my daughters confidence in maths has grown as a result. Janet is always very well prepared and uses the time she spends with my daughter very effectively so I really feel I am getting value for money. I think because Janet is so experienced she can quickly and accurately identify problem areas and set up a program of work to address these weaknesses. I highly recommend Janet to anyone requiring a maths tutor.

A truly caring and hard working teacher with a fantastic ability to explain mathematics to less able students.