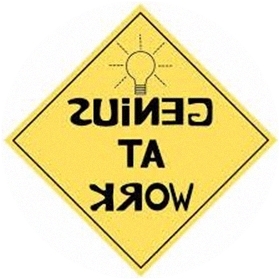 Hello and thank you for reading this synopsis:

I speak six languages and have been teaching people of all ages and levels now since 2000. My level of success can be equated to the continuous success of my students for twenty years. Additionally, I have been an examiner here in the UK which means I have the experience to help students understand the requirements of official exams and I work with all official exam boards.

I teach Portuguese, Spanish, English for Foreigners, Italian and French as a fluent native speaker because I have lived in the countries where these languages are spoken.

My degree is in Modern Languages and Linguistics, which means I also edit and translate work into various languages. My MA is in Linguistics and I have worked for years now with well known multinationals and celebrities.

Availability: Just let me know when you are available and I will look at my timetable set at the time.

Experience: 1994 - Taught English for Foreigners and Spanish at the well known Brazilian University of Campinas. I did this whilst doing a year abroad in Brazil to master Portuguese. My students where all faculty deans of that university.
1995-1997 - Taught English, Spanish and Portuguese in Sao Paulo, Brazil at Apple Language School
1997-1998 - Taught at Berlitz in Panama, Republic of Panama also in Quito, Ecuador, and Manchester University.
1999-2003 - Self-employed Language Tutor - teaching individuals and well known organisations such as Delloitte, Mercedes Benz, Unibanco, Santander, Lloyds TSB, DLA Piper International, Volkswagen, PwC and many others.
2003-2004 - Post-Graduate Degree in Modern Languages - Education - Taught at several secondary schools.
2005 - To Date - Have taught several students as a private tutor to pass all exams from GCSEs to Graduate degrees and Doctorates. I have also taught several well known footballers and celebrities. Official examiner and translator
2003 -2020- Member of IOL

Has been an excellent tutor for many reasons; from the first meeting she was very honest regarding what could potentially be achieved in the short timeframe we had before A-level examinations began (5 weeks). She gave honest constructive feedback during the tuition lessons, she built up my daughters’ knowledge and confidence in the short space of time they had lessons. Her knowledge and expertise was invaluable and I would thoroughly recommend Roz as a tutor.

Many thanks Paula. Your words mean a lot to me. It is always a pleasure working with your daughter too. All the best, Roz

My daughter has had a few sessions with Roz and already the progress she is making is tremendous. She really enjoys her company and feels very relaxed and comfortable with her. I think the delicious cake she gets there is a contributory factor too!! Highly recommended!

Hello John,
Thank you for the lovely comments. I thoroughly enjoy working with M :)
All the best and Merry Christmas!
Roz

Fantastic teacher ,back to basics is the building bloc of any Language , highly recommended.

The quote from my 16 year old daughter captured Roz`s tutoring best: "I learned more in one session with Roz than I did in a month of lessons." As the mother of the 16 year old student, I found her to be a pleasure to work with: professional, organised and accessible. Thank you very much Roz

Many thanks for the lovely comments. It is always a pleasure to work with your daughter :). Merry Christmas.

Roz has been a great trainer for us, really imaginative, creative, hard-working, and she obviously loves her teaching! We look forward to working with her in the future.

Good afternoon Mark,
Many thanks for the lovely feedback. I really appreciate your words.
Kindest regards,
Roz

About as thorough and supportive as they get - first rate.

Roz is a brilliant tutor, and I would highly recommend! Only started recently and have learnt a lot! Muito Obrigado !!