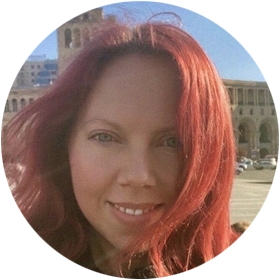 I am an experienced, enthusiastic and highly qualified tutor with a PhD from Edinburgh University, a Masters` from Oxford University and two degrees from Durham University. I have also studied at Bologna University in Italy.

I believe that education should be empowering, not intimidating, so I tutor in a way that builds confidence. Learning can be as much of an adventure as climbing a mountain or discovering a new place, so I encourage asking questions and a sense of discovery. Progress is much easier to make when the student is engaged, focused and relaxed, so I aim to provide the kind of environment that enables this.

On a personal level, I love adventure in remote places (much of my research takes me to the Himalayas) and I ride a Honda CB600F Hornet. I also enjoy touring the US as a musician, travelling between venues on a Harley Davidson, an Indian Scout or a Triumph Bonneville motorcycle.


Availability: I am available to teach the following:

Experience: 2011-Present: Full-Time Private Tutor
For the past eleven years, I have specialised in full time Undergraduate and A Level Tutoring in the humanities, including Religious Studies and Theology, Politics and International Relations, Classics and Ancient History, Anthropology, History and Philosophy. I am also actively engaged in my own academic research, presenting my work at conferences and in academic journals.

I have previously assisted with dissertations and independent research on the treatment of minorities in Burma, Donyipolo practice in Arunachal Pradesh, UK pressure groups, the rise of China, Islamic architecture, political realism, the global arms trade, prostitution in postcolonial China and indigenous religion in Sikkim, among other subjects. In addition, my own research has included projects on Himalayan folklore, Classical Greek political philosophy, animal symbolism in Tibetan Buddhism, the development of ancient geometric proofs, and the anthropology of Berghain, Germany.

July-August 2014: English Teacher at Brillantmont International School, Lausanne - I taught a summer course in English at one of Switzerland`s most prestigious boarding schools.

Academic Year 2010-2011: Tutor and Course Leader, University of Edinburgh - I designed and taught a ten-week course in the Philosophy of Science at the University`s Office of Lifelong Learning.

We have a total of 7 review(s) for Jane.

Jane is very professional and friendly tutor. My student enjoys the lessons with her.

Thanks for all your help Jane!

Jane was an excellent tutor for A Level Ancient History. She provided my son with four `Booster` sessions over half term which completely changed his understanding and gave him huge confidence in his assignments and lessons. She responded quickly and was extremely flexible with timings. We will definitely use her again in the future.

Excellent teaching standards. My niece is so much more confident about achieving a high grade in philosophy .
Happy Niece😃

Jane was an amazing tutor! She answered all my questions brilliantly, helped explain difficult concepts to me, assisted me with my research and much more. She was always patient and understanding and through her help was able to surpass my academic goals!

Thanks so much for your feedback! I really enjoyed working with you and you deserve every bit of your success. Best wishes for the future!
Jane