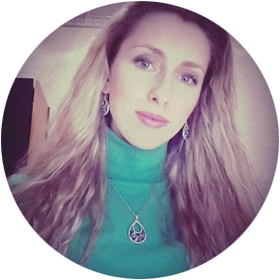 All rates listed here go directly to the tutor - we don't charge commission for this tutor.
Rates summary: Ł12.00 to Ł18.00 per hour

Hello! Bonjour! Hola! Привет! My name is Natalia. I teach Russian, Ukrainian, English, Spanish, French, German and Portuguese via Skype! I have been teaching these languages for 9 years. I have a Bachelor’s degree in English language and literature, a Master’s degree with honours in Tourism, Hotel and Restaurant Business and a Master’s degree in International Law. I also earned diplomas from the Ministry of Education of France : DELFA1, A2, B1, B2, Spanish diplomas DELE (Inicial, Intermedio) from Cervantes Institute (Madrid), German diploma from Goethe and Japanese – Language Profiency diploma. I enjoy teaching foreign languages and sharing my knowledge and experience with my students.

Experience: I have been teaching foreign languages for 9 years