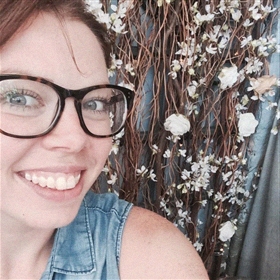 This user has been ID checked
How references rated Rachael


one to one
All rates listed here go directly to the tutor - we don't charge commission for this tutor.
Rates summary: Ł45.00 to Ł50.00 per hour

Rachael is an experienced, enthusiastic Modern Foreign Languages and English teacher based in Putney. Her passion for languages was developed throughout her education and experiences abroad. Rachael is a GCSE French specialist and examiner. She is also TEFL trained and has twice lived and worked in France, teaching English to both primary and secondary aged students as well as running classes for adult learners. In 2014 Rachael spent three months immersed in the Spanish culture whilst developing her Spanish language skills.

In her free time Rachael enjoys photography, running, yoga, badminton and as much travel to new and exciting places as possible!

Availability: I am currently available both weekday and weekend daytime and evening.

Experience: Rachael`s experience of teaching is extensive. She has been a fully-qualified Modern Foreign Languages secondary school teacher for nine years, teaching French up to A level as well as Spanish to year 9. Rachael has held the post of Head of Languages and Teaching and Learning Lead.

Rachael has also worked as a Specialist Leader in Education and Intervention teacher for an Academy Trust in Surrey. Her work involved coaching teachers in both Primary and Secondary schools to improve their teaching in terms of planning, behaviour management and ensuring their students progress. She has provided exam intervention for a number of schools. Rachael is also a examiner for the GCSE French exam.

Rachael has been a private tutor for the past six years. She has tutored students from year 6 to 11 and has a sound understanding of a number of GCSE exam boards including AQA, Edexcel and Cambridge iGCSE as well as tutoring for the Common Entrance exams. She also tutors adults for conversational French.

Rachael adapts her approach to tutoring depending on the tutee and their style of learning. She knows its essential to develop a high level of trust with her tutees which she does with her patience and encouragement whilst building their self-confidence in the subject, which is often lacking but incredibly important in language learning. Rachael understands the great need for a solid understanding of the language`s grammar as a foundation to build on and has perfected her approach to teaching this difficult aspect of language learning.

Rachael endeavours to make her lessons fun, focused and interactive. A variety of teaching methods and revision techniques are used and introduced in order to fulfil potential and achieve the highest possible results.

Rachael`s students have consistently made progress through her tuition as it effectively compliments their school based learning.

Contact this Tutor
Feedback For Rachael (3)
We have a total of 3 review(s) for Rachael.

Rachel came to our rescue when my son needed some last minute French exam practice / revision help. She is an experienced tutor, communicated well with me and was always punctual. What mattered most, was her ability to immediately connect with my son and he thought her teaching was both clear and useful. I can wholeheartedly recommend Rachel as a tutor!

Rachael started tutoring our daughter a few weeks ago and she is already making good progress in her preparation for French GCSE.