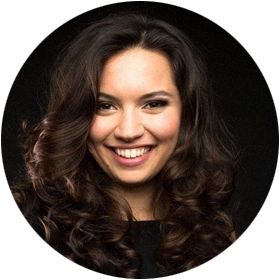 HARP
After my first studies in Italy, I moved to France to get there my Bachelor and Master Degree at the prestigious CNSMD in Lyon. I am now, since September 2017 a "Londoner", in love with the city and more and more with my job. After completing my PGAD at Trinity Laban Conservatoire of Music and Dance, I am now a professional freelancer.

In 2018 I was awarded the “Featured Young Performer” Award by the London Ear Festival
and the "John Marson Prize 2018 for best performer". In 2019 I was awarded the first prize in the chamber music section of the Camac North London Harp Competition. I am a
Concordia Foundation and Park Lane Group Artist.

I have been performing in important London venues such as Wigmore Hall, the Royal
Festival Hall, the Purcell Room, the Royal Albert Hall and the British Museum between the others.

Even moving country, I have always been teaching regularly to students from primary school kids to adults, feeling the need to share this great passion for the harp!

ITALIAN
Mother tongue speaker who has helped a few learners improve their conversation and written skills in my beautiful (but sometimes complicated!) native language.

FRENCH
I have a B2 level of French, certified by French exams DELF. Moreover I have graduated in Bachelor at a French University (Lumière Lyon 2) and Master from the Conservatoire National Supérieur de Musique et Danse in Lyon. I have written essays and thesis in French, with a perfect pronounciation and deep understanding of the language peculiarities.

Experience: DEGREES:
-BACHELOR AND MASTER: from September 2013 to June 2017 she studied at the Conservatoire National Supérieur de Musique et Danse in Lyon, in the class of Fabrice Pierre, Sylvain Blassel and Park Stickney.
-DEGREE IN MUSICOLOGY: She attended the Faculty of Letters at Lumière’ s University in Lyon too, graduating in June 2015 in Musicology.
-PGAD: Postgraduate Advanced Diploma at Trinity Laban Conservatoire of Music and Dance of London, graduating in July 2018.

ORCHESTRA EXPERIENCE:
-Between 2014 and 2015 she has been harpist at “Teatro alla Scala” Academy in Milan, being conducted by Maestro Fabio Luisi, David Colemann, Marco Armiliato, Pietro Mianiti and many others.
In the summer 2015 she has attended the NJO (Netherlands Jugend Orchestra) Academy, having concerts in Amsterdam`s Muziekgebouw an der t’ill and the Konzerthaus in Berlin, conducted by Anthony Hermus.
-In July 2015 she is the first harpist in the Mediterranean Youth Orchestra, playing in France, Greece and Tunisia, followed by coaches from the London Symphonic Orchestra, conducted by Carlo Rizzi.
-In June 2015 she has won the audition as first harp at “Luigi Cherubini” Orchestra, conducted by Maestro Riccardo Muti, making orchestra tours around the world, and having the chance to collaborate with artists such as Vadim Repin, Svetlana Zakarova, Renata Scotto and many others.
-She has taken concerts in collaboration with important festivals and organisations, such as the Società del Quartetto in Milan, Bracco Foundation, De Sono Association, Aix-en-Provence Music Festival and Tokyo Spring Music Festival.
-She has played as soloist Handel, Mozart and Glière Harp Concertos, but also Debussy Dances and Ravel “Introduction and Allegro”.