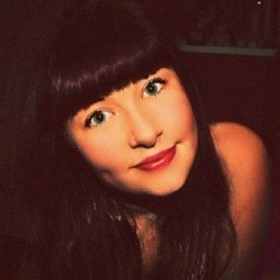 
one to one
All rates listed here go directly to the tutor - we don't charge commission for this tutor.
This tutor has provided no information about subjects
Information about Katie

I`m hardworking, dedicated and to me, most importantly, I am massively enthusiastic about History and passing that enthusiasm onto others.

I also teach Media and Film studies because this is a subject I have always excelled in and have a lot of passion for. I take a lot of time into practising in my free time and my skills are always developing.

Experience: GCSE, A-level and now degree level study in History and politics at the University of Sussex. I`ve covered a broad range of subjects from the Early Modern world (1500-) up until Italian unification, WWI & II and modern international relations (until 2004).
I also work as an ambassador for the Holocaust Educational Trust and Lessons from Auschwitz project which means I have quite a bit of experience in teaching young people history as that is part of my role as ambassador. I also won the History award at my college awards evening.

In terms of media and film, at school I was always commended on my achievements in the subjects and during my time at sixth form college I was awarded with awards in `Best opening sequence`, `Best Music Video`, `Media student of the year` and `Contribution to media and film studies`. As well as this I achieved the highest grades in my year group in both years of a-level media studies and was given the role of Director in a whole year film project.
In terms of outside experience, I`ve been offered jobs by one of Europe`s largest arts centre (Barbican centre, London) as a Film and events co-ordinator, although I turned this down to pursue my university studies. I`ve also worked as an equipment technician and team leader at an u16s Film Summer School which involved teaching students how to make a film, media basics and equipment use. During this summer I worked alongside Richard Wilson, an ex-Channel 4 director who directed well known pieces such as Hollyoaks, Toploader music videos and BT animated adverts, with Mr Wilson I worked for Surrey and London borough councils directing and producing promotional films.