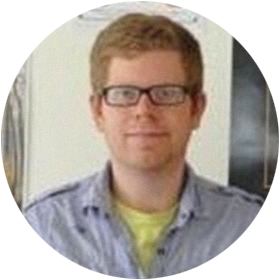 (Forthcoming) ‘Bond is Not Enough: Electra King and The Desiring Bond Girl’ in The Women of James Bond: Critical Perspectives on Feminism and Femininity in the Bond Franchise, Lisa M. Funnell (ed.). (Wallflower Press, September 2015)

Across the Narrow Sea: Televisual World-Building in HBO’s Game of Thrones (In preparation, with plans to submit to the Journal of the Fantastic Arts by Summer 2015)

A Matter of Us and Them: Reconstructing US-UK Relations in the WWII Fantasy Film (Submitted to Film & History in April 2015 decision pending)

Scrutinising the Rainbow: Fantastic Space in The Wizard of Oz, Alphaville: Journal of Film and Screen Media (February 2012)

I have a PhD in Film Studies from King`s College London (the highest ranked media department in the country).I also work as a lecturer at King`s College and London Metropolitan as well as a support tutor in various schools.

I have research expertise in various aspects of film/literary theory, philosophy and psychoanalysis, and have publishe numerous articles in peer-reviewed academic journals. My thesis is entitled: "Fantastic Fantasies: A History and Spectatorship of the Hollywood Fantasy Genre". It combines a detailed industrial history of Hollywood fantasy films throughout the twentieth century - formulated through extensive archival research - and a philosophical/psychological account of fantasy and fantasising. I have published on a wide range of topics placing fantasy cinema in both a philosophical and historical context.

Convenor and lecturer on a variety of undergraduate modules, delivering lectures, seminars and marking coursework on Approaches to Film and Television, Introduction to American Film and TV, Contemporary American Television, Media Genres, Representation and Identity and Film and Television Histories. I obtained experience in course design in my work in this role, as well as developing and maintaining additional module support documents on the web-assisted learning platform Weblearn. Based on 2014-15 feedback, 93% students “strongly agreed” that I had stimulated their interest in the subject, had a “excellent” rapport with students and was “very effective” in leading the class.

Seminar leader, coursework marker and guest lecturer on a variety of undergraduate and postgraduate modules including: Introduction to Film Studies: Forms and Context and Film History (1st year undergraduate), Film Theory, Cinema and Spectatorship and Hollywood Cinema (2nd year undergraduate) and Formations of Film Studies (postgraduate). Based on my student feedback from 2014-15, 89% of my students believed I was “very effective” at leading seminars in general, and every single one of my students rated my ability to establish a rapport with the class as “excellent”.

2011 - Tutor at The Brilliant Club: a non-profit, charitable organisation dedicated to improving university access for low-participation schools. Trained by Teachfirst assessors to deliver university-style tutorials to small groups of KS2, KS3, GCSE, AS and A-Level students. Courses taught include: Introduction to Film Studies, Introduction to Critical Theory, Introduction to Literary Theory and The Philosophy of Film. CRB Checked. Experience gained on teaching utilising a variety of VLE platforms.

I have been a private tutor for 3 years now, teaching students from a range of ages from KS3 to A-Level in subjects such as English, English Literature, History and Media Studies.

We have a total of 1 review(s) for Alex.

Alex is an excellent tutor .He is well prepared ,engaging and know his subject matter .My son enjoys his sessions with him very much .
Catherine