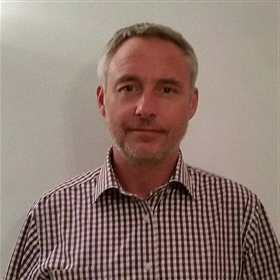 This user has been ID checked
How references rated Jonathan

All rates listed here go directly to the tutor - we don't charge commission for this tutor.
Rates summary: Ł25.00 to Ł30.00 per hour

I am a Fully qualified English teacher with over 20 years experience of teaching both English Language and Literature from Key stage 3 to A-Level. I have been at my current school, a successful and highly regarded secondary school, for over 16 years and am passionate about this subject.
I love teaching all aspects of the English curriculum to students across the age and ability range and besides my role in the English department I am a Key stage Achievement co-ordinator.


Availability: I would be available for certain evenings in the week as well as negotiable times over the weekend

Contact this Tutor
Feedback For Jonathan (3)
We have a total of 3 review(s) for Jonathan.

My son James has received tuition with Jonathon since March 2016 in preparation for his A level English Literature, June 2017. My experience of Jonathon is that he is an exceptional tutor who is genuinely interested in his subject, he has helped James immensely. James` work is now much more structured and content rich. James has also enjoyed the experience of one-to-one tuition and recognises himself how his confidence, in the subject area, has grown. I would have no hesitation in recommending Jonathon as a tutor. Subsequently James gained an A grade in English Literature. My daughter then also received one-to-one tuition from Jonathan between late 2017-early 2019. Victoria has also gained an A grade in this subject and I believe this has been to a great extent due to the guidance received from Jonathon.

Jonathan is reliable and committed to bringing out the best of my child.I believe my child has a better chance of passing their English GCSE to O`level standard with his guidance.