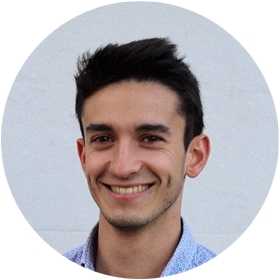 Originally from Leicester, I have been studying medicine at the University of Sheffield since September 2013. I recently completed my Bachelors of Medical Sciences (BMedSci) degree in Sheffield, receiving a first. Would be able to provide guidance on how to get into university, help with personal statements, and particular advice on how to get into medical school.

At A Level, I achieved A*A*A* (Maths, Physics, History) and an A in my English AS Level.

As part of my pre-medical training, I completed a course that included a curriculum of A Level Chemistry, Biology, Medical Biology, Physics and Medical Physics.

I would be most confident in teaching Maths, Physics and History up to Year 13 standard. Also, would be able to teach Chemistry, Biology and English up to Year 12 standard (and possibly Year 13).

I have completed a French Intermediate course at university. This is a B1 level in the Common European Framework of Reference for Languages (CEFR) grades, equivalent to an AS Level/lower A Level standard, so could assist with GCSE French.

Outside of studies, I enjoy sport; I play football and am a big Leicester City FC fan. I also play the electric guitar in my spare time, and go to lots of live gigs.


Availability: I would be able to commit to 1-2 sessions per week (each session lasting 1-2 hours). This will depend on travel times, and the demands of my clinical placements.

Experience: I have tutored A Level and GCSE maths to two separate family friends (unpaid). I have no formal paid tutoring experience.

2011 – present: Market Harborough Montessori Nursery.
Since 2011, I have worked part-time at a Montessori nursery. My main responsibilities here are as a general administrator and classroom assistant. This role demands a good rapport with other members of staff and relies a great deal on earning the trust and respect of parents and children alike. Interacting with children lying on a spectrum of ability and character requires patience, diligence and flexibility, and I have recognised these qualities developing in myself from when I began working here.

2011 – 2013: Match day assistant, Leicester Tigers RFC
A previous job I held was as a match day assistant at Leicester Tigers RFC, in the Junior Tigers Club. While the nursery has an age range of one to four, this role generally entailed working with children between the ages of five and sixteen. My duties were both supervisory and interactive; sometimes I would be in the ‘Welford the Tiger’ mascot attire, while at other times I would be manning a particular area of the play-zone (table tennis, arts & crafts etc.).

2016 – present: SOAMS ambassador, University of Sheffield
I have been an ambassador for the Sheffield Outreach Access to Medicine Scheme (SOAMS) since 2016. This has largely involved teaching, advising and supporting Year 12 and 13 students in their efforts to apply for medicine. I worked on a 4-day residential summer school last year, and am currently volunteering in the SOAMS e-mentoring programme (which involves support with personal statement writing, interview practice, and general advice for university UCAS applications), while still working on events ranging from interview practice to first aid teaching.

I have involved myself in extracurricular activities within the medical school. I have participated as a patient actor in the mock OSCE examinations three times, and have examined at a station of the Multiple Mini Interviews for prospective medical students for the last two years.

I have worked as an ambassador at two upcoming open days and for Sheffield’s Outreach and Access to Medicine Scheme (SOAMS) at a four-day residential summer school for prospective medical students.