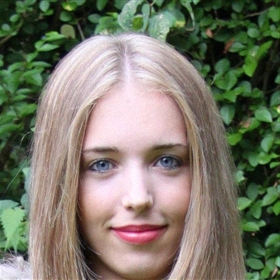 I am a reliable tutor with a PGCE from the UCL Institute of Education, ranked best in the world for education, and eight years of teaching experience that includes work in both schools and private homes in England and abroad. I have taught all ages from three year olds to adults and in many different countries. I am enthusiastic, hard working, caring and have a strong knowledge of the UK curriculum.

I speak five languages and am passionate about the benefits of language learning. Last year I was a student ambassador for the Association for Language Learning (ALL) and as part of my teacher training scholarship attended APPG meetings at the House of Lords to discuss language related issues.

As well as languages I teach a range of primary subjects and entrance exam preparation.


Availability: Weekdays from 4.30pm and weekends

December 2016 to May 2017 Pimlico Academy, UK
• Assisting in a Year 10 Spanish class once a week
• Providing support for individual pupils, particularly lower ability

October 2011 to February 2012 Wikids Primary School, Paris, France
• Taught English two days a week to children aged 4-8
• Led discussions and interpreted for an Australian pupil, ensuring that she kept up during class
• Responsible for care duties such as nap time and serving meals at lunch time
• Helped the children aged 4-6 learn to read and write in both English and French

August to September 2016 Switzerland
• Tutored a 7-year-old and a 9-year-old English, Maths and Science (UK syllabus) in their holiday home
• Involved preparing the 7-year-old for his 8+ Maths and English exams

March to April 2016 Miami, USA
• Worked as a governess for a Russian family in their holiday home
• Main focus was home-schooling a 6-year-old (Maths, English and Science, UK syllabus)
• Also taught English to 3-year-old twins

December 2015 to January 2016 UK
• Worked as a governess for three children aged 4, 9 and 11
• Main focus was preparing the 9-year-old, who struggled with reading and spelling as a result of her dyslexia, for her 10+ entrance exams (Maths, English and Verbal Reasoning)
• Helped the 11 and 9-year-olds with homework
• Helped the 4-year-old learn to read
• Care duties included school collection, keeping their bedrooms organised and preparing them for bed

October 2015 Monaco
• Taught Maths, English and French to an 8-year-old and a 10-year-old
• Included care duties such as school collection, day trips and preparing the boys for bed

September 2007 to April 2009 Kumon Maths and English tuition group, UK
• Assisted children aged 3 to 17 with literacy and numeracy skills and marked their work

Contact this Tutor
Feedback For Florence (5)
We have a total of 5 review(s) for Florence.

Florence tutored my daughter for GCSE Italian. Florence is an excellent tutor. She is engaging and enthusiastic about her subject. She arrived on time and proved to be flexible if we had to re-arrange any classes.
My daughter was predicted a 5 but with Florence’s help she was achieving 8s in recent past papers.

Really pleased with Florence. My daughter connected with her immediately and she really enjoys and looks forward to her sessions. Florence is very calm and patient and explains things really clearly.

Florence teaches English Language & Mathematics to my daughter on a weekly basis.

I have found Florence to be friendly and approachable. My daughter enjoys learning with her and there has been a notable improvement in my daughter’s abilities in the areas in which Florence has provided tuition.

Florence is flexible in her approach to teaching my daughter. Although I originally asked Florence to teach general English reading and writing skills, I have on several occasions asked her to teach specific areas in Maths and English to complement what my daughter has been working on at school. She has been able to meet these requests without difficulty. I also asked Florence to set homework to accompany what she has been teaching, which she has also done.