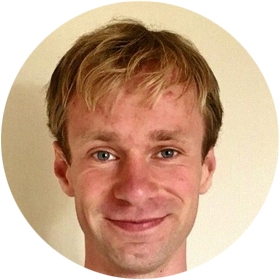 Norwegian cellist Erlend is member of Southbank Sinfonia, substitute in the Norwegian Radio Orchestra and Stavanger Symphony Orchestra as well as freelancing in diverse chamber groups in Norway and UK. As a soloist he has performed with different Norwegian orchestras giving concerts in Norway and Japan. As part of the RCM Gateway Scheme, Erlend frequently holds unaccompanied solo recitals in various London venues.

Following studies in Oslo, Manchester and Stavanger, Erlend is studying towards a Master of Music in Performance at the Royal College of Music in London with Jakob Kullberg, where he is an Anglo-Norse Award Holder. Erlend has received numerous prizes and awards, including Trygve Tellefsen’s Foundation and Anders Sveaas’ Charitable Foundation.

Erlend is a diverse musician, also giving concerts on the baroque and the electric cello. He has studied composition for many years and has a keen interest in research and teaching. He has become part of RCM Teaching Service where he takes up students on all levels and ages.

Availability: My schedule is flexible so please get in touch and we will find a suitable time.
I work in Waterloo every week Tuesday to Thursday, so can take on students in this area too on those evenings.

Experience: Since 2017, I have assisted Jakob Kullberg’s teaching at the Royal College of Music (RCM) in London. Since then I have taught students on undergraduate and postgraduate levels at the RCM as well as assisting Kullberg in the development of a new book of exercises and detailed descri ptions on how to accomplish various musical and technical aspects of playing the cello. With this background, I have a high focus in my teaching on mastering a good cello-technique as a tool of reaching a higher level of musicality and performance. As well as working on isolated technical exercises, I find it important to place the outcome of this into music at an early stage. It is important for the student to understand why this particular technique is important to learn, but also for them to get a direct feeling that it actually improves their playing. By the end, we all take up the cello because we want to play music.

My teaching experience began in 2006 when I was employed in a half-year long deputyship at Sandefjord School of Music and Arts, Norway. I taught 10 pupils aged 8-18 weekly, and arranged a concert for them by the end of the year with solos, duos and cello ensemble music, some of which were self arranged.
During my studies in Stavanger, I was employed as cello teacher at the Kolibri Music Academy where I taught adult beginners. I was also substituting at the Stavanger School of Music and Performing Arts where I taught children from 7-18 in cello and orchestra sectionals. I arranged a piece for cello orchestra for the students and professors of this school which I rehearsed and conducted in a concert in October 2016.

I have had courses in conducting and ensemble coaching and have led rehearsals of my own compositions and arrangements over many years. I have been principal in various youth orchestras in Norway where I have led sectional rehearsals. As a member of Southbank Sinfonia 2020, I gain much experience and coaching on leading. Both as a musician in this orchestra, but also on outreach work in the community.

In addition to modern cello, I am also active on the baroque and teaches this as well. My deep research in early 20th century performance practice for the past few years has enabled me to teach espressive techniques long “forgotten” in a way that can be brought into modern day interpretations. Read more about this under Research.

I am perceived as a pedagogical, motivating, patient and creative teacher, who tailor my teaching according to each student’s individual level and goals.


I teach modern cello, early 20th century cello, baroque cello, orchestral repertoire and chamber music. Besides technique, music making and performance, I can help you towards orchestral auditions, 17th and 18th century performance practice, particularly on the J.S. Bach Cello Suites, early 20th century performance practice, and on contemporary music. I also teach orchestration and arranging. I take on students of all levels and give private lessons in London or through Skype.