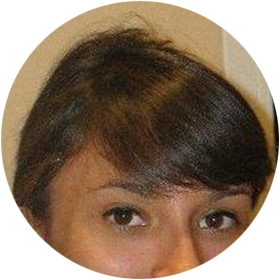 My name is Natasha, I have recently graduated from the University of Bath with a BSc in Mathematics. As part of my degree, I chose to go on a study year abroad in France (2012-2013), where I studied several mathematics modules in French. Last year I was awarded a scholarship by the British Council to study in China for one semester (September 2014-January 2015). I will soon return to the UK and wish to continue tutoring students in English and mathematics.

In the past, I have worked as an English and mathematics tutor for the companies: Kumon, Elite Education and UK Scholars. On all occasions, I was responsible for guiding the children through their allocated worksheets, marking their work and providing feedback to their parents. Furthermore, last year I took on a number of students privately and prepared them for various exams, including: the 11+ exams, GCSE Maths and A-level Maths exams.

For me the best part of being a tutor is seeing the progress students make and the confidence they build along the way. I can relate to the difficulties students face with mathematics, for a while I struggled with the subject but with the help of a very dedicated maths teacher I improved immensely. In Year 9 I was moved to the top maths group and consequently took my Maths GCSE a year early (achieving an A*) and also sat the Additional Maths exam. I went on to study Mathematics and Statistics at A-level and Further Maths at AS level. I then decided to study Maths at university and achieved a high 2-1 overall and a 1st for my year abroad in France.

I understand the importance of having a teacher who believes in you and challenges you. I aim to inspire the same sense of enjoyment and satisfaction I have for mathematics and English in my students.
`

Experience: â€¢Private Tutor (August 2012-Present)
Offer private tuition in mathematics and English to KS1-KS4 students. Provide both individual and group lessons, preparing students for upcoming exams and ensuring they feel confident with all aspects of the National Curriculum.

We have a total of review(s) for Natasha.

Natasha was very patient and my daughter really liked her and never complained about lessons (which is unusual!).