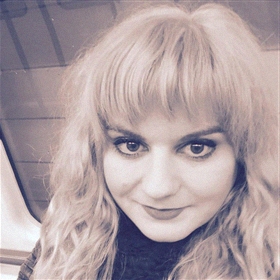 
one to one
All rates listed here go directly to the tutor - we don't charge commission for this tutor.
Rates summary: Ł20.00 to Ł40.00 per hour

My name is Bettina and I was born in Hungary. I started playing the violin at the age of 6 and in 2006 started studying with Erika Toth at the Bartók
Conservatory in Budapest. I was 18 when I decided to play the viola and continue my studies in London with Jon Thorne.
I graduated with a First Class Honours Degree at the Royal Academy of Music in 2015, having received the Maurice Loban Prize for the best viola final recital. I have just completed my MA at the RAM in London, studying with Roger Chase.
I am the winner of the Pál Lukács
Hungarian Viola Competition and have also received numerous awards including the Award of the Hungarian Minister of Human Resources and the RAM Alec Rowley and Leverhulme Scholarship awards. As a keen solo viola player I attended masterclasses with such
musicians as Maxim Vengerov, Nobuko Imai, Tatjana Masurenko, Yuko Inoue, János Rolla and Mihály Várnagy.
Being a former member of the RAM Bliss Prize and Craxton Prize winner Halcyon Quartet, I was supported by the prestigous Royal Academy of Music Davey- Poznanski scheme and perfomed at the Wigmore Hall, the Halesworth Music Festival and Regent Hall, Oxford Street.
As an orchestral instrumentalist I played under the baton of such conductors as Edward Gardner, Semyon Bychkov, Mark Elder, Yan-Pascal Tortelier and Zoltan Kocsis. I appeared in Londons major venues including the Royal Festival Hall, Royal Albert Hall and Cadogan Hall.
I am a passionate violin and viola teacher and have been educating pupils of all ages for 4 years.

Experience: 4 years experience of private tutoring - have been teaching violin and viola to both adults and children.

Contact this Tutor
Feedback For Betti (3)
We have a total of 3 review(s) for Betti.

I am very satisfied with Betti, very professional and friendly.

Betti is really a good teacher. We only had few lessons so far and already seeing great improvement in my son`s ability to play viola. I would highly recommend her.