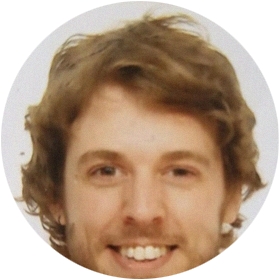 I`m a Spanish/British bilingual teacher. I was brought up in different cultures, and with both English and Spanish being used at home since before I could speak.

I am often asked what my strongest language out of English and Spanish is, or whether I feel more British or more Spanish. My answer is always the same - I am a `double native`, meaning that neither of them are a stronger than the other one. I think and dream in both, and I feel just as British as I do Spanish. Since I was a teenager, I have been fascinated by languages, and I am now also fluent in Italian, and have a good level of French and Portuguese.

I was born in Asturias, in northern Spain, the son of an English father and Spanish mother, and it was perhaps that bilingual, bi­cultural upbringing that laid the foundations for my development and future aspirations. My education has taken me from Asturias to Madrid, to central Chile, to Iquique in the Atacama Desert and back to Bilbao in Spain, before starting my undergraduate studies in Birmingham. During my course in MFL (Spanish and Italian) + TEFL, I spent a year (Erasmus programme) in Siena, Italy, where I perfected my Italian (evidenced in a distinction in Oral Italian in my BA certificate).

After my BA, I did an MA in Translation and Interpreting at the University of minster (London), during which I earned the opportunity to participate in a 2 week interpreting internship at the United Nations Human Rights Council, in Geneva.

I worked in translation for 3 years, before starting my PGCE course at the University of Sussex. Since then, I have been working as a Teacher of Spanish/MFL in schools in Brighton and London.

I am also a musician and a house plant enthusiast!

TEFL: All levels
Spanish: All levels
Italian: Up to (and including) A level
French + Portuguese: GCSE

Feb - May 2018: Teacher (trainee) of Spanish and French at Varndean School. Brighton, UK.