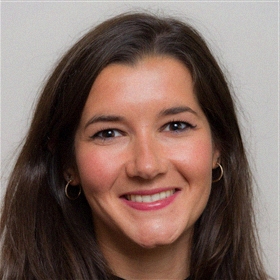 We have verified this users DBS
How references rated Sally Ann


one to one
All rates listed here go directly to the tutor - we don't charge commission for this tutor.
Rates summary: Ł32.00 to Ł55.00 per hour

I am a chemistry graduate, qualified solicitor and aspiring author.

I graduated from the University of Durham (University College) in July 2010, achieving a 2.1 in Chemistry (BSc (Hons)).

After a gap year, I was offered a training contract in July 2011 at Taylor Wessing, a top 20 international firm.

I undertook my two-year training contract at Taylor Wessing between September 2013 and August 2015 and qualified as a solicitor on 1 September 2015. I received two offers from Taylor Wessing for associate roles on qualification. However, my long-term involvement in numerous pro bono projects inspired me to actively pursue a career in human rights law. Over a period of 18 months, I volunteered in Buenos Aires, Mumbai and New York, working with victims and survivors of various human rights violations.
My most recent role (March 2017 – November 2018) was at Bolt Burdon Kemp, a national law firm based in Islington, representing survivors of sexual and domestic abuse.

In November 2018, I made the decision to leave Bolt Burdon Kemp to finish my first novel which is based on injustices in New York’s prison and parole system.

Availability: I am available to tutor on weekday evenings and any time on Saturdays and Sundays.

Tutor - Newark (UK) (Sept 2007 – Jun 2010): One-to-one tuition of 11+ preparation, English and Maths, Maths and Science (up to GCSE level) and AS and A-level Chemistry to several students during university holidays.

Seminar Leader, Kranti – Mumbai (India) (Mar 2016 – June 2016): Set up and ran a series of small group seminars at an NGO working with girls (age 10 – 17) born in Mumbai’s red-light district to educate the girls about their human rights.

Feedback For Sally Ann (2)
We have a total of 2 review(s) for Sally Ann.

Sally Ann has been tutoring my son (year 10) for a couple of months and he feels he making excellent progress. She has helped him understand certain topics which he had struggled with at school and the tuition has improved his performance in recent end of term exams. Sally Ann is very good at ensuring the student has understood a concept before moving on and revisits issues in the following session to ensure they have been fully grasped. She is easy make arrangements with, flexible and always punctual. I would strongly recommend her.

Sally is very patient with me I think she is a excellent tutor I will certainly continue with her as my tutor. I recommend sally 100%.