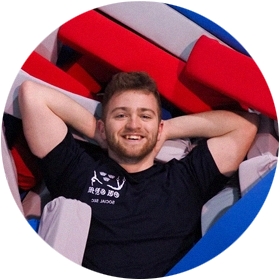 AS LEVEL
The Crossley Heath School
Physics
A  (2016)

I am a recent Oxford graduate, who read Ancient and Modern History at BA level. This niche course took an incredibly broad view of history, allowing me to study such disparate subjects as Alexander the Great and his early successors (333-302BC), and modern non-state actors in Mexico (2006-2014). As such, I have experience in engaging not only with history (as it is traditionally conceived) at a high academic level, but with classics and international politics as well. I received a high 2:1 in my finals, despite the difficulties caused by sitting the exams during the coronavirus pandemic, and attained a strong 1st (72) in my thesis, which might be considered a more representative statement on my attainment, as it was submitted prior to the crisis reaching tipping-point in the UK. At A-Level I had an unusually scientific background, taking History (A), Biology (A*) and Maths (A), whilst achieving an A in AS Physics. Outside of more formal studies, I also read an extensive amount of 20th century classic literature and philosophy, and am teaching myself Spanish. On top of this, I competed in Blues Gymnastics while at Oxford, have a black belt in karate, and travel as much as possible (with an especial focus on the middle east). As I hope all this indicates, I have a broad range of interests which inform a holistic approach to education and suggest a genuinely inquisitive and engaging nature. I look forward to encouraging my love of learning in others, as well helping them to understand the material they are studying.

We have a total of 4 review(s) for George.

George has been teaching me history for the past few months. It’s safe to say that I have learnt a lot thanks to his expertise. He takes a positive, friendly approach whilst teaching and focuses on essays and essay feedback. I believe that this is great because it allows me to have feedback on an essay every single week so that I can hone my skills and also gives me a taste of what it’s like at university for after I have completed my A-Levels. As history is an essay based subject, by the time I take my exams in the next academic year I will have had hours of practice crafting essays. I would definitely recommend George to anyone that wants a history teacher who is kind, dedicated and always willing to help.

Great tutor. My daughter found him very helpful in helping her understanding not only of her syllabus but information outside of her course!

George has tutored my son for several months in preparation for his GCSE. He`s helpful, friendly, reliable and has really boosted my son`s confidence and understanding of his maths. He now has a much better grasp of tools and techniques. Highly recommended. Thank you George!

George has completely rebuilt my confidence in essay writing and have allowed me to obtain high 2:1`s and First class grades. He is thorough, very well organised, and explains everything very clearly. The best tutor I have had on here. 100% recommend!