Tutoring Pays - and helps women close the gap in education 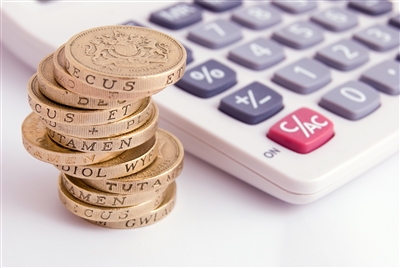 Qualified teachers are significantly better rewarded for their time when tutoring than teaching in the classroom, new data reveals today. And female education professionals are paid equally to men when working independently as tutors, unlike when teaching either full or part-time in a secondary school.

On average, a qualified private tutor earns almost £9 more per hour (£31.35) than a full-time secondary school teacher (£22.73), according to data from the Office for National Statistics and Tutor Hunt the online tutor matching service with more than 100,000 registered tutors.
Despite part-time teachers (a closer comparison to tutoring) earning a higher hourly rate on average than their full-time counterparts (£24.36), this is still significantly less than tutoring (29%) and obscures a major gender disparity, with women earning only £23.17 in a school per hour compared to £27.01 for men a difference of 14.2%.

By comparison, qualified teachers offering English or Maths tutoring at GSCE/A-Level are paid £31.35 average regardless of gender with females commanding a marginally higher rate than men for English, and men earning slightly more for Maths. This means that teachers of both sexes are better off tutoring than teaching, but this applies to women in particular who can successfully eradicate the pay gap when acting as their own boss.

Education Secretary and Equalities Minister, Justine Greening has made addressing the pay gap a priority, but progress towards equal pay has been slow with the gap across the UK economy still standing at 18.1%. Earlier this month it was revealed that, despite legislation forcing organisations to publish gender pay gaps, presently only 85 of the 9,000 have actually done so.

The tutoring profession, which allows tutors to set their own rates, choose their students and largely, work their own hours, offers both genders - but women in particular - the benefits of flexible hours and a more lucrative means of earning money than part-time classroom teaching.
James Smith, [job title] from Tutor Hunt said: `When we first looked at this data and saw the differences not only in how much a teacher earns compared to private tutors, but also the differences in the gender pay gap, we were shocked.
`We always had an inkling that private tuition could be a good way for teachers to earn more money but now it seems as though they could earn more money and reduce their hours with women in particular gaining financially for their time as well as deriving the additional benefits of flexibility offered by tutoring.`