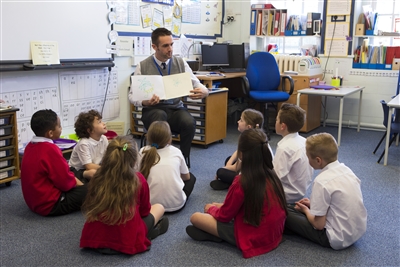 For many years now there has been a teacher shortage in the UK. Back in 2016 the National Audit Office (NAO) confirmed in an extensive report that many schools were severely understaffed, and there were an exorbitant number of temporary filled positions - a figure that had apparently doubled between 2011 and 2014.

The Education Policy Institute, an independent, evidence-based research body which aims to promote high quality education outcomes for young people, has recently published a report that says many British schools are severely understaffed. There is a `severe shortage` of teachers, which has inevitably led to larger classes, with many subjects being taught by staff lacking the relevant degree.

These last two points are extremely concerning - It is of course harder to maintain discipline in a larger class, and there is less chance of pupils receiving even a little one to one help from the teacher. I wasn`t aware that teachers were even permitted to teach a subject that they didn`t possess a degree in - having retired from teaching a little over a decade ago, I recall my colleagues were all suitably qualified to teach their classes; it would be dismaying to think standards have slipped so precipitously in such a short span of time.

In a recent statement Education Secretary Damian Hinds announced that staff recruitment is a top priority, and said that targeted pay increases could assist with the problem. Back in July a fast track teacher training course was given the green light. Aiming to recruit teachers in computing, mathematics, chemistry, home economics, and physics, the course consist of the whole of the two-year postgraduate diploma of education (PGDE) and teacher induction, and can be completed in just 18 months.

`This innovative programme will aim to broaden the range of people entering the profession in shortage subject areas and provide a challenging and rewarding opportunity to train in rural schools within areas of high deprivation.`

The courses contain less holiday time, so those determined to undertake them will certainly have to knuckle down - but the chance to become a fully qualified teacher in less than two years will certain be attractive to many.

The shortage of teachers in the STEM subjects - science, technology, engineering and mathematics - has been a concern for some time. The economy is obviously becoming more technology orientated, and if the UK is to remain competitive, we must ensure that we produce a workforce capable of meeting the needs of the modern market.

The 2016 NAO report contained some extremely concerning statistics, detailing how the majority of the government`s recruitment targets were missed, and that little more than half the design and Technology teacher places were filled. In the same year the department for education was heavily criticised for failing to hit recruitment targets - continuing a somewhat dismal pattern, as they had also failed to meet them for the previous three years.

When met with criticism about the teacher shortage the government seems to reflexively roll out the same response - that there are more teachers in the profession than ever before. On the face of it this seems a satisfactory rebuttal, and it is indeed factually correct. From 2016 to 2017 the number of teachers in the profession rose by 1.3 per cent, from 506,000 to 512,000. A very slight rise, but an increase certainly. The pertinent issue however is that we have more pupils than ever before in the education system, with the number growing every year.

It is estimated that, because of the rise in birth rate, as we enter the 2020`s the school population is very likely to increase by between 800,000 and 900,000 - a truly staggering figure, almost a million extra pupils in the education system by the end of the decade. Is the government taking proper steps to deal with the problem? A judicious way to bring more people into teaching, in my opinion, is to make the profession itself more attractive. There are a multitude of potential teachers out there, working in industry - in the scientific, corporate, and business sectors - who have both academic, and workplace knowledge. If the profession of teaching could be made more attractive to them, then the shortage could be attenuated.