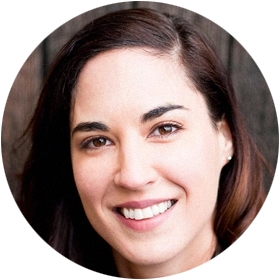 My Name is Laura. I have loved working with children and adults privately and in groups for over twenty years. I live in Cheltenham, Gloucestershire and am mother to my gorgeous and wonderfully energetic twins (who keep me on my toes). I have taught Speech, Drama and Singing at The Cheltenham Ladies College for 18 years (professional actor and singer for 12 years) and teach freelance:

My past alumni (students) have gone on to become leads in West End Shows, Leading film actors alongside stars such as Gary Old man and Jessica Alba and successful business men and women with the confidence to speak English with strength, eloquence and a firm command of the English language.

I currently teach a range of subjects including: Accent Reduction for English speaking in the workplace (group and private), Elocution, Acting technique, Presentation and giving speeches, Voice work and Diction (speech correction), Interview technique, Audition technique, Singing and Musical Theatre. I also work with foreign students on developing their Language and Communication skills. I teach online or at schools.

I am a highly motivated individual who loves meeting people and setting myself new challenges. I left home at sixteen to pursue a performing career (West End) and after twelve years of professional performing came back home to Cheltenham to settle. I enjoy charity work and was a volunteer at GEAR, a centre for the homeless in Gloucester for over two years.

I enjoy acting, singing, directing theatre and film, surfing, dancing and writing.
I studied ballet, tap, modern, jazz, acting and singing at The Doreen Bird College of Performing Arts and on graduating I performed on National Tours and in London`s West End with shows such as: Me and My Girl and Sunset Boulevard, Television appearances: The Queen`s Fortieth Anniversary Gala at Earls Court and Encore with Elaine Paige.

I studied Classical acting at The Bristol Old Vic Theatre School for two years and continued in theatre including seasons at: The Manchester Royal Exchange with Lady Windermere`s Fan by Oscar Wilde, Hermia in BBC Radio Bristol`s A Midsummer Night`s Dream, Across The Black Waters at The Hackney Empire and several Christmas seasons with The Bristol Old Vic Theatre Company.

I have worked as an agent in London for a co-operative in London, helping to cast actors in TV and theatre such as: Casualty, East Enders, Harry Potter, Love Actually, Repertory Theatre, Morse, Corporate videos, voice-over work, Musicals, Film and Radio.

In 2001 I opened part-time theatre arts schools in Gloucestershire called The Hampstead Factory teaching Confidence Building for 4-17`s through theatre and film originally at The Cheltenham Film Studios. These have been running for over ten years and continue to develop children`s confidence and life skills.

Availability: I am available some weekdays and evenings and Saturday afternoons.

I can teach one on one or in groups of up to 15 pupils.

Fees are subject to pupil numbers, travel and preparation time for the subject and examination or audition studied.

Fees are quoted on a case by case basis.

Experience: I teach throughout the term at The Cheltenham Ladies College.

I have been a Drama, Singing and Musical Theatre Examiner with Trinity-Guildhall.

I have taught LAMDA and Trinity Examinations in: Acting, Singing for Musical Theatre and Verse and Prose and Speech at The Cheltenham Ladies College for the past eight years.

I have taught ballet and modern at The Guilford School of Acting.

I have been assistant director for an Edinburgh Fringe Play for The Cheltenham Ladies College students.

I have produced over fifteen productions for 4-17`s in theatres within Gloucestershire and written and directed over ten short films.

I am a graduate of The Bristol Old Vic Theatre School.

ISTD Ballet and Modern Examinations up to Advanced.

RAD Ballet examinations up to Intermediate.

Modern teaching Associate with The Imperial Society of Teachers of Dance-Distinction. A.I.S.T.D

LAMDA Acting examinations up to Bronze and LAMDA Silver -Distinction.

We have a total of 5 review(s) for Laura.

Laura is a highly empathetic practitioner, very skilled at putting a child at ease. My daughter has consistently said that the 1 hour sessions seem like 5 minutes and I think that`s the highest praise.

The results of Laura`s work were highly apparent in an assessment my daughter recently undertook and her touch was visible throughout.

I cannot recommend Laura highly enough though I should say, good luck booking a slot with her because she is (unsurprisingly) busy, less so the school holidays.

Dear John, Many thanks for such kind comments. It is a pleasure to work with such a motivated and engaged student as your daughter. Regards Laura.

Laura is absolutely incredible!!!
rating 5 is definitely too low.
She makes her student feel comfortable, explains everything about the process of changing voice, enhancing communication etc. She is like 10 other tutors in one. I`m really surprised that she charges so little. I paid straight away for 10 sessions and I know I couldn`t have spent my money better. In just 1st session she prepared me for 2h radio show. I am looking forward to see what one year can do :-)