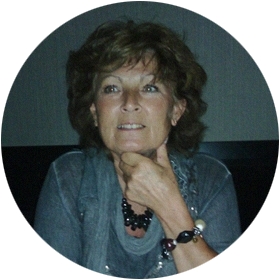 I have over 30 years experience teaching primary age children of all abilities, including those with special educational needs. I am currently working part time in a local school and give private tuition to a number of pupils in maths, English and reading with excellent results. I enjoy teaching and always have the highest expectations of pupils. My approach to teaching is rooted in the belief that learning should be fun and children`s self-esteem is paramount if they are to achieve their potential.

Availability: After school and Saturday mornings

Experience: I am an outstanding teacher with over 30 years experience teaching KS1 and KS2, including children with special educational needs.

We have a total of 8 review(s) for Diana.

Diana is a wonderful tutor. My daughter is extremely shy and can be hard work at times. Diana is able to overcome the barrier and bring out the confidence in her. Overall I am very pleased with the progress she has made and would have no hesitation in recommending Diana.

Thank you very much for your kind words Judy.

Diana has connected with my autistic daughter well with her kind and understanding nature. My daughter responds well and loves her classes. Diana teaches with fun and interactive methods. Thank you Diana for all your wonderful energy and helping hand with teaching my daughter.

Diana is currently working with Ella, my 8-year-old daughter, to improve her creative writing and spelling. Diana is very well organised and plans every lesson meticulously. She takes her job seriously but she is also great fun. Ella enjoys her lessons with Diana very much and is much more enthusiastic about English as a whole. I would highly recommend Diana to any prospective parent.

Thank you so much Sasha.

We started looking for a tutor for our 6yr old son in July and found Diana. Our son needed some help as we believed that he had missed some key areas at his school due to glue ear and a lack of concentration! Diana has done wonders with him and is able to engage him and he really enjoys his sessions with her. We recently had a parents evening (Nov) and his new Year 2 teacher is amazed by how well he is doing. I really believe that this is down to Diana filling in the gaps for him and giving him more confidence. We are now much more confident with the entrance exams that he needs to pass to get into his next school. We are both really impressed with Diana and the difference that she has made!!

Diana is a marvel. She is both patient and wonderfully pro-active, and is making a real difference to our son`s literacy.

My son was struggling in his English Literacy and needed support to bring his levels to a satisfactory on target standard.

We found Diana on Tutor hunt who replied quickly to the message I sent, and after a chat and looking at my sons report was able to see the areas in which he required support. Diana built a rapport with my son brilliantly in the first session and it was great to see my son suddenly become interested in English again. (Diana really gets boys, what makes them tick and how they learn, which is apparent in a heartbeat)

Over a period of weeks his initial improvement and confidence was noted by the school and his progression quick so he was moved into a higher group in class. Over the period of one school term he has gone from almost bottom of the year to above average in year 5 and is working well within (if not to the higher end of) expectations. He will be starting the new school year in September having fully caught up and developed way beyond where he would have been, and I can only attribute this to Diana`s considered teaching, encouragement and patience.

My son is now going to be having Diana for mathematics over the summer and I have every faith and confidence that Diana will enable him to start next year as a super confident mathematician.

When I initially approached my son about having a tutor he was against it, but now Diana`s visits are something he looks forward to, enjoys and has told me how its helped him and he enjoys the work they do and the one on one attention to ask questions and learn.

We are really relieved to have found someone as capable and kind as Diana who is making a really positive difference to my sons academic life. I highly recommend Diana. My son is 11 in September and has been in year 5.

Diana quickly created a nice relationship with my son and he was able to start working with her happily from the first lesson.

She assessed his weaknesses and boosted his strengths and created lesson plans to target his confidence in writing and comprehension exercises.

He looks forward to the sessions and I can see he has progressed rapidly over the past few months.

Thank you very much Emma.