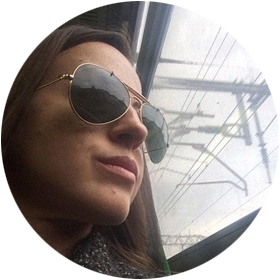 Lesson Information : *SPECIAL OFFER* -Provided Singing Group Tuition for all ages (starting from Y2 and over) including drama body performance in the fees of £25 for 90minutes tuition! • Warm up singing exercises • Big repertoire • How the voice associated with the body • Body activities through musical drama technique *The group tuitions are achieved with the support of ARTeach team* -Recommend us to a friend and get one free session- ♣; Pupils would be able to travel to Tutor’s place. After school weekdays and Saturdays groups. - Please, get in touch to secure your place-

Lesson Information : *SPECIAL OFFER* -Provided Musical Exploration Group tuition for Early Years Reception, Year 1 and Year 2 in the fees of £15 for 1hour tuition! • Intro to the music world • Musical games and colourful activities, children will also develop curiosity for music in general • Introduce the various families of musical instruments and exploration in the Keyboard world • Pupils learn and understand how to act in the `team` work *The group tuitions are achieved with the support of ARTeach team* -Recommend us to a friend and get one free session- ♣; Pupils would be able to travel to Tutor’s place. After school weekdays and Saturdays groups. - Please, get in touch to secure your place-

I am an experienced piano, music theory and singing tutor, award winner music composer for film & multimedia, conductor and music supervisor instructing students in instrumentation and general music theory. I am energetic, well organised, passionate about my work, very friendly, patient and punctual. I try to adapt my lesson planning and methodology according to the student`s needs and goals. My aim is to provide creative piano and music lessons that will help my students to play musically and expressively by obtaining at the same time a strong musical background.

While attending the National Conservatoire of Greece I studied Higher Theoretical, Classical Piano, Vocalist Contemporary Song and Violoncello and graduated in 2010. I was also awarded with distinction for Excellence of the Higher Theoretical (Harmony Degree) from the Latsis Group Public Benefit Foundation in 2011. The Conservatory was a milestone in my life and a momentous factor in my consequent musical growth. Seven consecutive years of constant studying, hard work, experience and meticulous collaboration with prestigious people of music and the arts. Throughout my studies at the Conservatory I was involved in a number of musical activities. I was a member of the chorus of the Mixed Professional Choir “Musical Argo” that deals with folk music from Greece and the world with many concerts and productions in Greece and overseas, for example, concerts in dedication to Grigoris Bithikotsis and the G. Bithikotsis orchestra and concerts with Antonis Kalogiannis which toured Skiathos, Chios and Turkey. Furthermore, I have attended Music Technology / Music Production Studies at IEK AKMI in Greece and I have studied the Master degree in “Composing for Film & Television” at Kingston University in London.


Music to represents everything to me, the instrument to all the senses.

I give lessons in the following subject areas:


Additionally, I have also held prestigious professional positions, including Music Coordinator / Music Supervisor of the Children’s Choir of National Conservatoire of Palaio Faliro-Greece. Music Leader – Vocal / Keyboard Performer of a rock band. Music Administrator / Audiovisual Coordinator / Assistant Director for the 30-year Anniversary of the National Conservatory of Peristeri at the Phoenix Theatre, the musical theatre production “Stage Curtain and Let’s Go” and “What’s Playing Now” a dedication to Stamatis Kraounakis at the Arts Theatre Conservatory Chrysanthos Mouzakitis.
Moreover, I have also been active member in piano concerts and seminars at the Panhellenic Piano Festival (Seminar-Recital-Lecture / Virtuosos’ Association “The Artist” Coordinated by Elena Mouzala in the Municipality of Paleo Faliro) in 2014.

Furthermore, I am delivering unique music compositions in many films worldwide. Currently I have been awarded for Best Original Score to the Hollywood Blood Festival in LA, US. I have composed and produced music for films for the Xhail Company _ Music Library in UK and I have worked as a Music Composer for two series/advertising spot of TV channel ERT1 in Greece. In addition, I am a major Music Composer / Orchestrator at a Music & SFX library in London and Foley Artist / Sound Editor in a Production House in Soho.

We have a total of 4 review(s) for Maria Eleni.

maria Is a great tutor.

The kids all very much enjoy their lessons with Maria. She`s kind and considerate, and helps them improve their technique and quality of play in a positive learning environment. I would definitely recommend her.

Great teacher and with kind attitude.