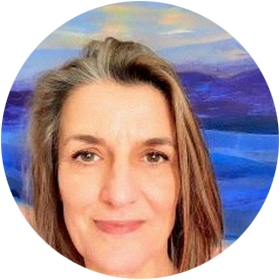 Mein Name ist Ute and I’m originally from Salzburg in Austria but I have been living in Lichfield UK, Middle England, with my English family since 1994.

I started teaching German as a Foreign Language at the Berlitz Language Centre in 2000 and since have taught in various Language institutions (University of Birmingham, Boldmere A E Centre,) in the West Midlands area.

Since 2011 I`ve been teaching on Skype - private and business clients, pupils and students who want to catch up and raise their German exam grades, as well as adults, who have family and work commitments in a German-speaking country.

Experience: Berlitz Language Centre 2000- 2002 - German Language Trainer at Birmingham City Centre offices and in-house companies on a one to one basis or in small group formations with business people.

Birmingham University 2005 - 2008 - I taught German at all levels, holding mostly open access courses and some graduate courses with students who studied German as a second subject.

Boldmere A E Centre (2006-2013) I was teaching German within the Adult Learning Sector at mostly beginners and intermediate levels.

Ute is a very friendly tutor, who keeps each interesting and fun whilst making sure you feel you have progressed each week.

Thank you Eunice, very much appreciate your feedback.

Ute is friendly, patient and pedagogue. She tailored the lessons to my needs (basic grammar and business environment vocabulary) and worked around my schedule. I can see clear improvements in my German level. Would definitely recommend Ute as a tutor.

Very nice tutor, makes the lessons both fun and informative. Would highly recommend to others.

Ute is extremely friendly, helpful and patient. She is comprehensive n the topics covered during the lessons and explains everything in simple and understandable terms.

I highly recommend Ute to anyone looking to learn at any level.

I was looking for a way to learn conversational German so that I could communicate with my in-laws. Conventional classes I had tried, focussed too much on the grammar and not on every day conversation which resulted in a barrier to learning the language.

Since working with Ute, her interactive one to one lessons tailored to my specific needs gave me the enjoyment for the language. My understanding of the german language is increasing so much that I impress myself and my in-laws who were surprised and happy that each time I see them I am understanding more and more of what they were saying in German. As a result, they are speaking to me less in English.

Patient teacher who finds the right level and pace and is adaptive to your needs and learning style.

Thanks for your feedback Lisa.
Very much appreciated.

Ute is very good. Patient and teaches at a good pace. Sets homework and uses online note sharing to work through uploaded examples and work-book style questions. Stops at any time to work back if something is missed. 4 lessons in, learning lots already.