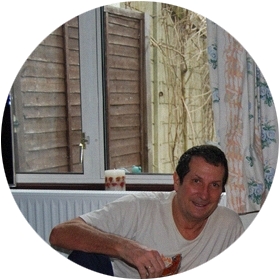 All rates listed here go directly to the tutor - we don't charge commission for this tutor.
Rates summary: Ł30.00 to Ł40.00 per hour

I an a French national and I have been teaching French and Spanish since 1976. I have worked in secondary schools and sixth form colleges, and I have acted as Head of department, staff development manager, Head of year and Master in charge of rugby. My students (key stage 3,4 and sixth form) have consistently achieved outstanding results ( significantly above national average) and many of them did actually perform well above their target grades. My endeavours and achievements have been widely acknowledged by parents, students, colleagues and the Ofsted inspectorate. I am fully committed and always do my utmost to enable my students to do themselves full justice. Enclosed herewith references and testimonials by former colleagues:

Enclosed extracts from references by my former principal Dr Frank ... (1995-2011), my former vice-principal John ... and two testimonials by colleagues who have observed my lessons and discussed teaching and learning strategies with me.

Principal`s reference (extract)
I have known Philippe since 1994 when he joined the staff of Strode’s College as Head of Modern Languages. During my sixteen years as Principal of the College from 1995 until 2011, I worked very closely with him as he continued throughout as the Subject Leader - and great champion - of Modern Languages, but also, from 1995, was the College’s Staff Development Officer. Philippe is a very well qualified language teacher and is absolutely passionate about the value and importance of young people learning languages. He wears this commitment on his sleeve and communicates it with infectious enthusiasm. He is a highly effective teacher, approaching his teaching with complete dedication and commitment, thoroughly planning lessons to provide careful structure, variety and stimulation. His teaching is dynamic and engaging, with a vigour and pace which captivates students. Assessed Lesson Observation grades for his lessons have often been “outstanding”, frequently noting, among other things, the clarity of objectives, the range of activities, the inclusion of group work, attention to key skills, reinforcement of key learning points, the highly positive learning environment and the evident enjoyment on the part of students. Many of the latter have commented on Philippe’s inspirational influence upon them. However, he does not rely on this personal charisma, recognising the importance of students taking responsibility for their own learning, he has over many years now worked extremely hard on the development of learning materials to provide for the needs of students of all abilities within his teaching groups, to stretch the more able and to provide support where it is needed. In the process Philippe has produced a unique resources bank (now a V L E) which has proved enormously beneficial to learning and which never fails to impress visiting professionals. A Polish educationalist visiting in 2011 described her experience in the Modern Languages Department at Strode`s, sitting in on Philippe`s lessons and viewing the resources he had created, as “life changing”. He is a respected and popular colleague, much admired for the enthusiasm and commitment he brings to everything he does and for his open, friendly and positive approach to students and fellow staff. He is something of a perfectionist, always seeking to improve and to give of his best. He is a man of complete integrity. I recommend him to you without reservation.
Yours sincerely
Dr ...
Principal

Reference by Vice-Principal (extract)
I am delighted to be able to smite. both professionally and personally, in support of Philippe .
I am Vice-Principal at this open-access sixth-form College and was part of the appointment panel who selected Philippe for employment in September 1994. (He had previously been Head of Languages in two other institutions, as well as Year Head in one). Our confidence in appointing him to the post here has been more than amply justified over the years. I cannot speak highly enough of him. He is, arguably, one of our best Heads of Department.
To his subject and its teaching he brings unbridled enthusiasm and commitment. Students appreciate and respond to this, holding him in genuine respect and affection. For his part he cannot do enough to help them in their studies, producing excellent examination results. With colleagues in the Department he sets a fine example of professionalism. He has turned the Department round (it had reached a pretty low point), leading, encouraging and organising. Virtually single-handedly he established a pioneering work experience exchange scheme with a Lycée in Pézenas, in the South of France. He is ever ready to support colleagues in their endeavours. He sets himself, and them, high standards and does his best to see these standards are met. He himself is quite modest about his achievements. My guess would be that he finds the internal satisfaction of a “job well done” sufficient for him. In the earlier years he was a sportsman of national standard. having represented his country in Rugby Football. Typically he has never, to my knowledge, made reference to this. except when asked.
Philippe is a tremendous supporter of the College and its aims, his colleagues and students. I cannot speak highly enough of him.
Yours faithfully,
John …
Vice Principal

Testimonial by a Polish colleague (1.05.2012)
Testimonial
My name is Beata and I am undertaking research for the degree of PhD for the UAM University in Poznań;;;;;. In my dissertation I compare the ways of teaching foreign languages in Polish and British upper secondary schools.
As far as the scope and the tools are concerned, I created questionnaires for foreign language teachers, lesson observation sheet and interview guides and I managed to collect 58 questionnaires, I observed 49 lessons and I took 20 interviews in four Polish and 4 British upper secondary schools including Strode’s College.
Mr Philippe is undisputedly one of the most eminent and outstanding professionals I have met while doing my project. In my opinion Mr represent the highest standards of teaching foreign languages and he would be an asset in every school. I feel privileged that I could meet such an inspirational and marvellous professional.
Yours faithfully
Beata


Availability: Mondays, Saturdays and Sundays as well as other week days after 5 pm

We have a total of 3 review(s) for Philippe.

Philippe is an excellent teacher and tutor who is enthusiastic and clearly passionate about languages. His resources and support goes beyond his tutoring time and are also helpful in asserting concepts of a foreign language. As my son has been learning French with Philippe; I would definitely recommend for anyone learning that particular language, however I have no doubt that his teaching of other languages is to the same high standard.

Philippe has been tutoring me in French for quite a while and I cannot speak highly enough of him. He has a number of resources to aid learning such as power points, reading and listening materials, quizzes and games. If I am struggling with anything Philippe is very fast in emailing me back (less than an hour) and he is always willing to help. He also makes lessons fun and productive at the same time, I would absolutely recommend him to anyone pursuing languages studies.

I highly recommend Philippe, he is very professional, has a number of activities available to make learning fun. He has helped me greatly improve my french skills.