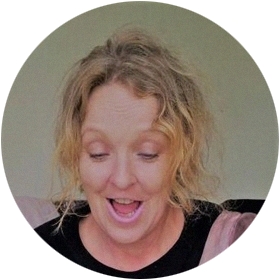 Below is a story of my life so far but added to this I love children and their learning and try to bring fun into any learning activity that I do. I am a creative, honest and fun individual.

My first work experience was as a sewing machinist for Marks and Spencer followed by a move to London, Edgware, to be a nanny for a two-year old child, helping with his development, his daily routines and social interactions. I then worked with two large families with older children ranging from five girls aged 9-15 to four boys aged 10-16 providing emotional and practical support/ housekeeper. During this time, I supported one of the family friends who had a two-year old with cerebral palsy. I also studied and gained experience in a variety of organisations, Clapham Rehabilitation Centre, St Thomas’s Hospital, Summer Scheme Adventure playground and Norwood Day Centre.

I have had experience of a variety of nurseries and primary schools in Hackney and Newham, children’s homes and a day at a secure unit for teenagers. I had developed an integrated role within the infants section of a primary school working with children with recognised behavioural problems.

For 6 years I was a daily nanny/ housekeeper for three children in West Hampstead.

I then moved to Milton Keynes in May 07 and lived with professional employers I worked for 25 years ago.

Initially, I did some voluntary work at the Walnuts School in Milton Keynes. In October 07, I was offered paid employment at Drayton Park School supporting a child with severe behavioural and emotional difficulties, this contract finished in December 2008. In January 2009 on the strength of my reference from The Head Teacher, Caroline Lewis at Drayton Park School, I was offered a part time position supporting a child with challenging behaviour in year 1. In the April, this child moved on to a new school and my temporary contract ended. Then in February to the end of the summer term, I started work part time at the PRU (Primary Referral Unit) Romans Field supporting a child with his integration process to White Spires.

At my present school, that I have been at since, September 2009 I do 30 hours per week. Initially I supported a named child in year 1 with emotional and behaviour problems.
Then in January 2010 I was then placed in year 5/6 with a child on a managed move, as well as being offered a full time position at the school. I have now worked throughout years 1 to 6, being placed in foundation for short times, on occasion.
I started the year 2011-2012 in year 3/4 and from January onwards went in years 5/6.
From 2013 until the present day I have been back in years 3 and 4.

Experience: I work as a Teaching Assistant in Milton Keynes Primary School for the past 11 years and have been around children in various capacities from a secure unit,Hackney primary schools,Nanny Housekeeper for professional parents in and around London in excess of 30 years.
I have a keen interest in maths,times tables etc,Read Write Inc reading scheme,handwriting,arts...love kids.
I am a youthful 57 years off age.
Below are my academic qualifications achieved throughout my life.