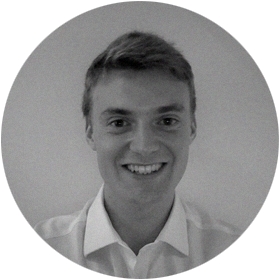 I graduated from Oxford this Summer, taking a high II.i in Modern Languages. Prior to that, I was educated at Eton College, where I was an academic scholar. I was awarded 9 A* at GCSE and 3 A* at A level (French, Russian, English Literature).

Availability: Thursdays and Fridays from 5pm.

Experience: 8+
- English and Maths to a boy at the Concordian International School, Bangkok. He will soon be applying to Summer Fields and Cothill.

- English to a Russian boy at school in St Petersburg. He gained entrance to Summer Fields.

11+
- English and Maths to a girl at The Dragon School. Student was extremely shy before we started having lessons and was highly confident by the time we finished. She was successful in gaining entrance to Oxford High School.

- English, Maths, French, History to a student of The Dragon School. He received top grades in all four of these subjects and successfully gained entrance into St. Edward’s, Oxford.
- English, Maths, Latin and French to a student of The Dragon School. He also gained top grades in the subjects in which I tutored him, gaining entrance to Eton College.
- English to a student of Fulham Prep School. Despite being in Year 7, after our sessions he has a firm grasp of the Year 8 syllabus already. He is on course for extremely good results.
- French, English, Latin, Maths and History to a student of Ludgrove School. His teachers predicted that he would struggle to get the grades he needed for entrance to Radley College. I was employed as an emergency measure to help him, and ended up doing over 25 hours of lessons. The student and his parents were delighted when he was successful in getting in to Radley, his first-choice school.

- French to a student of St. Edward’s, Oxford. He was predicted a B by his teachers and went on to achieve an A after our sessions, which meant that he met his offer from St. Andrews University.
- French and Russian to a student of Bedales. She has not yet sat her A Levels.

MLAT French and Russian tuition to a student of Bedales. She will be notified of her results in December 2017.