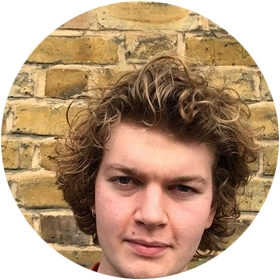 Guy is a baritone having just completed his Bachelor`s degree at the Royal
Academy of Music studying with of Giles Underwood. As a chorister at
Salisbury Cathedral, he build a strong foundation in choral singing. He is a member of the
Philharmonia Chorus’ student scheme and has performed with them at L’Auditorium du
Nouveau Siècle, Lille and the Royal Albert Hall. As a member of DepList and several
official list of deputies, Guy deps regularly at churches in London, performing at various
services, weddings and funerals. Guy was a member of the St Endellion Festival Chorus,
performing in several concerts and services over 2 weeks, including the chorus in Berlioz’s
La Damnation de Faust. Guy also enjoys opera and theatre; he recently performed in the
lead chorus for Jocelyn Pook’s Memorialat the Barbican Theatre, London. Opera
performances include Peter, the father in Humperdink’s Hansel und Gretel and Zsupan in
Johann Strauss II’s The Gypsy Baron, both with King’s Opera, as well as Figaro in The
Marriage of Figaro, in the RAM Vocal Faculty Opera Scenes. Guy sings regularly as a soloist,
recent performances include the bass solos in Handel’s Chandos anthems 9 and 11 with the
Esterhazy singers and Handel’s Messiah with the A Cappella Choir in Salisbury. Guy is
looking forward to going to Liguria this summer for Iain Ledingham’s Italian Summer
School. Upcoming performances include Act 2 of La bohème in the RAM opera scenes and
Dvorak’s Stabat Mater with the Philharmonia Chorus in April.

Experience: 2:1 Bachelor`s Degree in Vocal Performance at the Royal Academy of Music
I have experience working with children as a Course Assistant for the National Youth Choir of Great Britain and Concert Steward with BachtoBaby, an organisation that holds classical concerts for babies and young children.