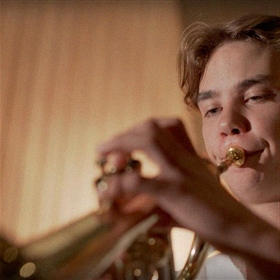 This user has been ID checked
How references rated Sam

As a musician and musical creator my journey started at the age of 8 as a chorister. Highlights include playing alongside the English Chamber Orchestra; recording at RAK studios; playing headlines shows around London and South-England as a trumpeter and arranger, most recently at Latitude Festival; tours to Europe and USA, singing for saxophonist Billy Harper, with Patrick Allies’ choir ‘Khoros’, alongside Voces8 and Apollo5, and under the direction of Sir Simon Rattle and Simon Halsey with London Symphony Chorus, as well as David Watkin and Eamonn Dougan. In 2018 I displayed two sound art installations: Two Guitars and The Rest Of The World at Goldsmiths, and Lost in Time at Whitstable Biennale; and in 2019 displayed 6 Strings and the Rest of the World in a multitude of spaces and settings.

I studied at Goldsmiths, University of London from September 2016-June 2019 where I was awarded a First-Class Honours degree in Music - BMus. During my studies there I was awarded a Music Performance Scholarship as well as the Joe Brown Memorial Award - awarded for my community centred installations.

As principle trumpet for Goldsmiths’ Sinfonia and Lead trumpet for the Jazz band, I lead many sectional rehearsals, and various brass pieces/performances for the music course and beyond. At Goldsmiths I was under the tuition of Andy Hendrie and Pete Furniss, as well as Mira Benjamin who I am currently receiving tuition from.

As freelance choral singer, I have held the position of bass scholar at St Margaret’s Lee and All Saint’s Putney. I addition, I have led and directed many concerts and services, singing at Cathedrals across the country. I have also recently co-founded an experimental ensemble called ‘Helianthus eggertii`. Within this I have directed and curated three works. One of which is Stockhausen’s Mikrophonie I, which has had a lot interest from within Goldsmiths and beyond. This includes the possibility of taking this project further then London, with opportunities including festivals, as well as taking it to conferences in the UK and Europe.

Within composing and arranging, my work includes writing experimental, pop, vlogging, choral pieces (both ‘classical’ and ‘pop’), minimalist and serialist pieces for ensembles and videos, arranging jazz tunes and brass for indie pop, alternative and funk bands - all developing my directing and personal skills.

I believe it extremely important to pass on ones passions and skills to others in a way that inspires and captivates them. This is exactly what I try to do within my teaching. Through enthusiasm, creativity and passion I am able to deliver fun, concise and learning filled lessons.

For those wanting to learn trumpet but don`t currently own one, you are able to rent one from me for a small additional fee.

N.B. Availability is for both in and outside of term time.

Musical teaching short course from Voces8 and Apollo5, following the Voces8 Method. I have since taken this method and workshop into a variety of institutions.

First class mark in Workshop Skills module in 2019 at Goldsmiths, University of London.

Leader and director of trumpet, vocal and mixed instrumental groups.