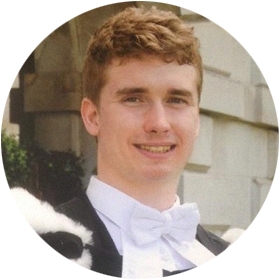 Trustworthy
In-person
All rates listed here go directly to the tutor - we don't charge commission for this tutor.

I teach Physics at the most highly performing sixth form college in the country, rated outstanding in every category by OFSTED, and tutor Maths/Further Maths (including Statistics and all Mechanics modules, M1 - M5) and Physics up to and including A-level. I also give Oxbridge admissions test and interview preparation (including mock interviews) for Engineering, Physics, Natural Sciences (physical), and Economics. Enhanced DBS check completed.

My degree from Cambridge is in Natural Sciences, initially studying Maths, Physics, Chemistry and Materials Science before speicialising in Physics and Maths and gaining a Physics degree in the final year. After graduating I gained a teacher training scholarship from the Institute of Physics and completed my PGCE at King`s College London, where I was tutored by highly influentual researchers in education. I was awarded the Blackwell Prize for the most promising trainee Physics teacher.

Please get in touch to arrange lesson times or if you have any other questions. Hope to hear from you soon!


Availability: 40% discount on the first lesson.

Experience: I am a sixth form teacher and have also been tutoring for over four years, including working with with Titanium Tutors and UniAdmissions. I also produce and give seminars in sixth forms on Oxbridge admissions tests for Maths, Physics, Engineering and the maths components of Economics as well as interview preparation - designing/conducting mock interviews. I volunteered in schools whilst at university, helping teachers with A-level and GCSE Maths lessons and toured twice with the Cambridge Hands On Science Roadshow, visiting secondary schools and community halls demonstrating interactive science experiments to pupils and families. I have taught in various secondary schools and now teach physics in the most highly performing sixth form college in the country.