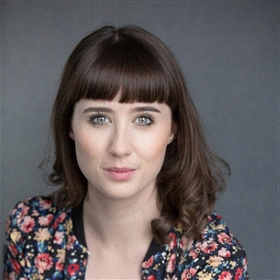 This user has been ID checked
How references rated Molly

Orginally from Newcastle, Molly is a BA (Hons) Acting graduate of the Guildford School of Acting.

She is now based in London where she works as an experienced Actress, Freelance Acting, English and Music tutor and Producer.

Represented by Regan Management and London Voiceover she has worked extensively in theatre and television in the West End and for BBC/Channel 4 and has an Off-West End Theatre Award nomination for Best Female Performance.

She is Artistic Director and Executive Producer of the multi-award winning company Poleroid Theatre, for whom she produces projects and events across the UK which champion young emerging talent, whilst also being a Producer The Old Vic 12, a prestigious attachment led by The Old Vic Theatres Artistic Director Matthew [contact detail removed].

She also tutors specifically for primary, KS3, GCSE and A-Level.

Molly has been awarded “Outstanding Teaching” by Stagecoach Theatre Arts inspectors and she specialises in coaching students for LAMDA & RADA examinations as well as private music tuition.

100% of Molly`s pupils have achieved “Distinction” or "Merit" in their graded examination results, with the majority Distinction pupils. She has also prepared students for various TV, Film and West End auditions all of which have gone on to get roles in Patrick (Film) Oliver (UK Tour) Fences (Theatre Royal Bath/West End) A Christmas Carol (West End) and Les Mis (West End).

Molly`s knowledge of theatre and music from a professional acting and production perspective allows her to give her students a very high standard of education, and hopefully inspire those who wish to pursue it both for fun and in further education.

For more information on the above please get in touch and find more examples of what certain classes offer below.

As an Actress herself who has attended one of the UKs leading drama schools, Molly understands the pressure and hard work that goes into auditioning for plays, musicals - whether amateur or professional - and of course the vital drama school audition circuit.

Having followed the LAMDA syllabus herself up to Gold Medal level in Solo Acting and Verse and Prose, Molly sees the benefits of taking the examinations as huge:

* LAMDA Bronze, Silver and Gold levels can be used as UCAS points, helping towards entrance into University or drama school
* LAMDA improves confidence and presentational skills
* LAMDA improves speech skills and understanding of text and character
* LAMDA can provide suitable material for use in drama school and other auditions

Molly can aid students with GCSE, A-Level, BTEC or degree level coursework and projects. She is highly skilled in:
* Essay writing and structuring
* Redrafting
* Text analysis
* Grammar and comprehension
* Knowledge of the UK theatre industry and acting techniques which are often needed for essay analysis.

Molly is also experienced in working on entrance exams, university and other applications including personal statements and UCAS forms.