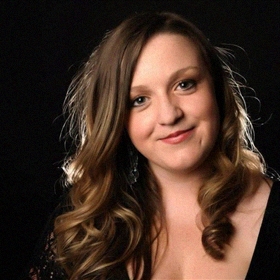 This user has been ID checked
How references rated Gemma

Gemma was born in Edinburgh. Having achieved a Bachelor of Music First Class Honours degree in Music Performance at Edinburgh Napier University, Gemma frequently performed in and out of university as a soloist. She also has considerable ensemble experience and participated in many orchestras including the Edinburgh Youth Orchestra, National Youth Orchestra of Scotland and the Universities of Scotland Symphony Orchestra. She has performed in Ireland, Holland, Belgium and has collaborated with students from the National Film and Television School during session work for documentary and film. She has performed in a Sistema Scotland “Pop Up Orchestra” with Gustavo Dudamel and the Simon Bolivar Orchestra in 2011.

In 2014 Gemma began a two-year Postgraduate Diploma at the Royal Welsh College of Music and Drama (RWCMD), studying with Alice Neary (Gould Piano Trio, BBC NOW). In November 2014, she successfully gained a position on the BBC National Orchestra of Wales Mentoring Scheme which she was involved with for the entirety of her PGDIP. She has also performed with the Welsh National Opera in a chamber music concert, performing Bachianas Brasileiras by Vila Lobos with the Cello Section in a public concert at RWCMD. Throughout Gemma’s College Career, she led many ensembles and orchestras, including the Symphony Orchestra performing Beethoven 9 with Carlo Rizzi, Stoutzker Orchestra and Royal Welsh Soloists in their Gala performance at Buckingham Palace in February 2016.
Gemma recently began study for a Master of Arts (Music Performance) with Josephine Knight at the Royal Academy of Music. She was recently involved in the RAM Symphony orchestra, performing Prokofiev 5 with Yan Pascal Tortelier in the Duke’s Hall. In March 2017, she performed in the Debussy/Ravel symphony orchestra project, conducted by Manuel Lopez-Gomez and in June she will perform Mahler`s Second Symphony with the Royal Academy of Music at Royal Festival Hall.


Availability: Flexible- Week days and Sundays. Not available on Saturdays.