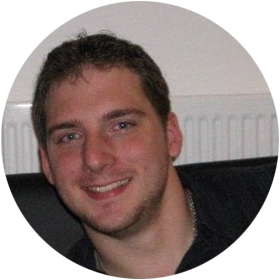 MChem (Hons)
The University of Manchester
Chemistry with Forensic Science
2:1  (2008)

I am a qualified, DBS checked, Science teacher working at a secondary school in Woking. Before teaching, I worked as a scientist with a PhD in Cancer Research from the University of Manchester, which I achieved in 2012. I then worked at Guy`s hospital NHS Foundation Trust performing research into cardiovascular disease before inspecting pharmaceuticals for clients based all around the world.

Throughout my working life I have trained a variety of people with different skills including medical students, PhD students and scientists with PhD`s and several years of research experience, amongst others. I then decided to take these skills and develop them further, becoming a full time teacher.

In addition to my academic qualifications, I have also completed several courses to help aid my ability to teach. These include completing a Personal Development for Successful Learning (PDSL) course (2005-6) and being involved in the Manchester Gold Mentoring Scheme (2004-5) both at the University of Manchester.

I feel my qualifications as a teacher and a scientist, as well as my ability to adapt my skills to a range of abilities makes me an ideal person to build on the knowledge being taught to pupils in schools.

EW (Year 9) - improved by 4 steps over the course of two half-terms. Achieved the highest mark in the year (270 students)

SS (Year 9) - improved by 4 steps over the course of three half-terms. Achieved the joint-second highest mark in the year (270 students)

OS (Year 9) - improved by 3 steps over the course of two half-terms. Achieved the joint-second highest mark in the year (270 students)

SG (Year 8) - moved up 4 classes over the course of four half-terms. Achieved scores in the top 10% of the year

EE (Year 9) - improved over 45% on average in 8 weeks. Achieved the highest mark of the year in multiple tests (116 students)

Education:
The University of Manchester (2008 - 2012)
PhD in Cancer Research
Three papers published in scientific journals
Presented my work across the UK and in the USA to a variety of audiences

We have a total of 8 review(s) for David.

A really great tutor and we would recommend.

David is friendly and very good at explaining the subjects. he is very knowledgeable. My daughter feels comfortable in the lessons and fells more confident.

he is so good at explaining thing in a simple understandable way. i have improved alot since our first lesson. would recomend him to anyone.

David has been great at helping my son with 3 science subjects for GCSE. He has understood where gaps need to be filled and has encouraged my son by instilling confidence in his abilities. David is always punctual and well-prepared for the sessions. He has also provided extra work to be done in between sessions.

David has been brilliant at instilling confidence in my daughter and the improvement in her understanding and ability has been amazing. He is always punctual and gives constructive, encouraging feedback. I would thoroughly recommend him.

e have been using Dave for nearly a year now for my son and on occasion my daughter.Dave is always punctual and reliable he has a very nice manner which has enabled my children to get a better understanding of this subject.Sam Pyrford.

David has instilled confidence right from the start. He turned up thoroughly prepared for a first session and I have no hesitation in recommending