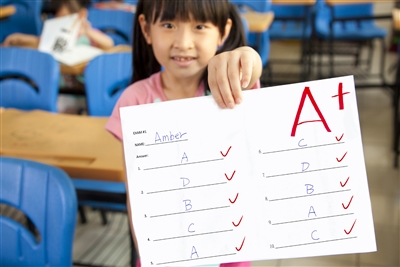 Tutor Hunt has recently conducted research into the demographic of students from both state and private schools who received private tuition, polling more than 20,000 students. The results indicated a startling disparity between the two sets of students. 84% of those seeking private tuition from Tutor Hunt during September 2015, and March 2016, were attending private schools, with just 16% coming from state schools.

What does this imbalance signify? Do they show that state schools provide better education than private schools, since a far smaller proportion of their students are compelled to seek assistance from extra tuition? Or is a more likely interpretation that those families who are able to send their children to private schools have more disposable income, and are thus able to afford the costs of private tuition?

If this is indeed the case then there may be cause for concern, for it means that private tuition itself is exacerbating the ever growing divide between the rich and poor. What parent wouldn`t want to give their child the advantage, supplementing their education with a tutor for a few hours a week, it it means they will obtain higher grades, and be more likely to gain admittance to a university of their choosing? The place they fill however might have gone to another student, of slightly better abilities, who missed their chance because their parents couldn`t afford for them to have private tuition.

Private schools are more likely to be selective than state schools - not just in their admittance procedure, but also in what exams their pupils are permitted to sit for. Those students who do not achieve high enough predicted grades for GCSE or A Level exams may be prevented from taking that particular subject. This puts more pressure on their student to seek extra help throughout their schooling, not just in the run up to an exam.

The Sutton Trust, who regularly publish incisive reports on the education sector, and who recently used statistical data from Tutor Hunt in their analysis on the private tuition sector, stated an a 2016 publication:

`Across England and Wales, about 25% of state-educated 11-16 year olds have ever received private tuition (rising to 42% in London)`

They also published findings indicating that the private tuition for this age demographic is becoming more prevalent - that compared to only ten years ago, students are far more likely to seek the assistance of a tutor.

`Over the last decade, the proportion of 11-16 year olds who have ever received private tuition in England and Wales has risen from 18% to 25%.`

The whole private tuition industry has definitely experience a boom over the last few years. Not too long ago you might have been required to scour a news agent`s window, straining to read the hand written script on little cards to find a local tutor. Now there are a plethora of online companies that can easily help you browse for local tutors in your area.

With research showing however that those students attending private schools are the ones obtaining most of the tuition, there is perhaps the concern that families with the means to afford tuition are doing so, and those children who`s parents cannot afford tutor`s fees may be left at a disadvantage.

The aim of Tutor Hunt has always been provide affordable tuition for everyone. Because we do not use a commission based business model, which often induces tutors to significantly raise their hourly rates to negate the percentage taken through commission, tutors on our site charge a very reasonable hourly rate.