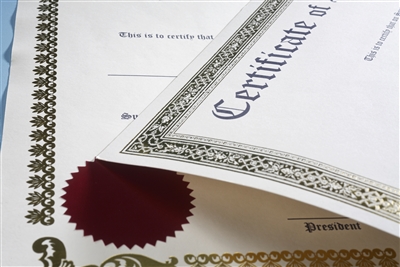 From this summer the new GCSE grading system will be introduced. This will replace the traditional A* - G grades numbers: one through to nine, with nine being the equivalent of an A*. Initially this new system will only apply to maths and english; but it is expected - perhaps as early as next year - that the rest of the GCSE subjects will also be graded numerically.

The motivation behind this change is to drive up standards, though it is perhaps hard to see how a simple change in nomenclature can have anything but an arbitrary effect. The Education Secretary Justine Greening has explained that a grade five will be classified a strong pass, while a grade four will be a standard pass. Direct references with the old system are discouraged, with the exams watchdog Ofqual cautioning against `direct comparisons and overly simplistic descriptions.`

This transition to a new grading system has certainly not met with universal approval: NASUWT (National Association of Schoolmasters Union of Women Teachers) has said the reforms have already created `huge uncertainty.` At the NASUWT` annual conference in Manchester there was general disapprobation over the numerical grades, with many saying it was a confusing system, with uncertain grade boundaries. Paul Daly, a maths teacher from the Whitworth Park school in County Durham seemed to raise some legitimate concerns when he said:

`We`re giving (our pupils) mock exams and then telling them `we think that your grade might be a four, or might be a five, or it might be a six, or it could be anything because we don`t know because we haven`t been told anything about grade boundaries. All we know is, compared to last year, the marks are very, very low and very few people are scoring very high marks in the exams.`

This is really the last thing pupils need at this very stressful time in their lives. They should have the confidence that they will be graded accurately - or rather, the grade they receive, the accolade that they are awarded with, will be one that they has a clear value attached to it. It would be disrespectful to pupils to ask them to study their very best for two years, and then present them with a grade whose quota is uncertain.

Mr Daly went stressed the point further when he said `We still haven`t got our head around what the grade boundaries are because no-one will provide us with any.` We can only hope that these uncertainties have not reached the ears of pupils who are currently studying for their impending GCSE exams this summer. I can well remember how stressful it was revising for so many subjects; and I can be retrospectively grateful that my anxieties were solely concerned with my understanding (or misunderstanding) of my classwork. I cannot recall being concerned that the grades I received would be anything but stark and clear in their classification of me as a pupil.

I have always felt sorry for the students who are compelled to trial out a new aspect of the education system. It is likely that for the next couple of years many will have to make do with a mixture of the old and the new; both letters and numbers will measure their academic achievements, as the various subjects gradually adopt the numerical grading system.

Candy Mellor, a languages teacher from Marden High School in Tyneside mail centre expressed her displeasure at how the current year group are not ready for the changes:

`I feel very sorry for the Year 10s who have only got two years` preparation for this new exam that we`re still learning about. We are making up examinations that we think that it`s going to be like for our Year 10s to practice - but we just don`t know what it looks like. But I can start thinking about my Year 7s, so they`ll get five years` preparation, whereas the Year 10s have got two where we`re still working it out and confused.`

A change to any established practice is difficult - in time this new marking system may well prove effective. The Department of Education has beed steadfast in its conviction as to its merits, saying that it would facilitate a `greater stretch` for the academically gifted, while more generally:

`These changes will help young people to compete with the best in the world and deliver the skills that employers tell us they need.Nothing has changed with regard to schools being held to account for the proportion of children achieving a strong pass and we are working with Ofqual to support teachers as we implement the new system.`