Ban on watches during gcse and a-level exams 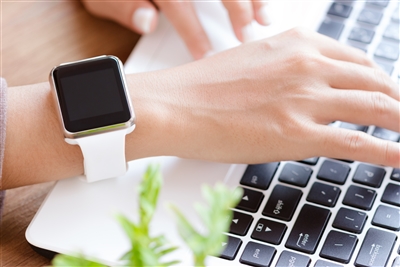 A new school rule will be enforced this summer - students will be banned from wearing wristwatches of any kind during their GCSE and A-level exams.

These new regulations were announced last July by the Joint Council for Qualifications (JCQ), an organisation that acts as a unifying voice for the seven biggest qualification providers in the UK.

An excerpt from the document published at the end of last year`s exam season expresses the view of the JCQ:

`The invigilator, prior to the examination starting, must ensure that candidates have removed their wrist watches, placing them on their desks.`

This stipulation, which has never been enforced before, (though some schools and universities may have been practicing it for some time) has been issued to combat the perennial problem of cheating in exams.

Back when I was a student I recall the most devious form of exam espionage was to construct a series of notes covered with information, and hide this folded piece of paper behind one`s watch. Of course I never took part in this disgraceful behaviour, choosing to rely upon my own intrinsic mental faculties - and I have the low grades to absolutely prove my innocence.

These days of course watches can be employed with more nefarious purposes than merely hiding folded pieces of paper. `Smart` watches possess the capability to enable their wearers, during exams at least, to appear to be more intelligent than they might be had they been sporting a more modest Rolex or Breitling chronograph. Despite their small screens these watches can be used to browse the internet, and can display any images or text files that have been previously uploaded to them.

It was astonishing for me to discover that many watch companies are advertising their products specifically as cheating devices. Amazon sells a watch that explicitly calls itself `the cheating watch` - it`s hard to believe, but the title of the product is quite shameless as to its function. There are indeed numerous electronic watches with screens that can display stored text files at the touch of a button. Very often these watches are marketed with the name `cheat sheet watch` - and some are even more unambiguous in their title:

These watches commonly posses something called an `emergency` button - this is pressed during the exam when the student detects an invigilator approaching, making the screen, which had previously been showing detailed notes, will change and display a traditional watch. Once the danger has passed the student can load up the text file once again, and be surreptitiously assisted with their exam paper.

My colleagues have told me that these items have been available for years - and though the Joint Council for Qualifications might think they have struck a decisive blow by making students remove their wristwatches during an exam, my recent Amazon travails have lead me to discover that it isn`t just timepieces that are being used to provide illicit assistance. There are `Cheating pens` available, with covert LCD screens running along their length that can be switched off and rendered innocuous at the touch of a button. Numerous calculators are also for sale, with large screens that can display any information (such as documents and images) that the student may care to upload to the device. Once again these calculators are marketed as `cheating` devices, and contain an emergency button, to immediately remove any incriminating information from the screen, and replace it with an anodyne display of arithmetic.

One can only commend the JCQ for taking action here, but I with the abundance of other options available to those students who are intent on cheating their way to a higher grade, mandating the removal of wristwatches may only have minimal effect.

Though Google Glass seems to have vanished from view, it is likely that in the not too distant future there will be some kind of ocular technology - a wealth of information that only the wearer of the device can see. `Smart` clothes aren`t far away: our collars will be whispering the weather report to us. Will there come a day that students have to walk through a detector before taking an exam? Maybe they will be forced to wear `test time skivvies` - clothes that are guaranteed to be technology free. Hearing aids and spectacles will be confiscated, and `approved` pens and calculators distributed. Thankfully these are tomorrows problems - but they will be here soon enough.