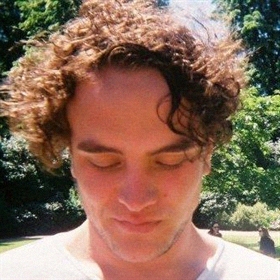 GCSE: 10A* 1 A
A Level: 4 A
University of Cambridge, BA Modern and Medieval Languages (French, Spanish and Portuguese) 2:1


one to one
All rates listed here go directly to the tutor - we don't charge commission for this tutor.
Rates summary: Ł20.00 to Ł25.00 per hour

I have recently graduated as a linguist (French, Spanish and Portuguese) from the University of Cambridge and am once again living in the north of England. I graduated from the Modern and Medieval Languages course. As well as a completing a rigorous degree that was focused on both literature and language, I also taught for a year in a secondary school before I began University, and gave private tuition to other on my obligatory third year abroad in Colombia (in a variety of subjects).

Ever since I can remember I have been drawn to languages. I have invested in this interest through extensive study and time spent abroad. I am genuinely willing to help throw light on aspects of language that for some are dull or for others impossible to master, whatever discipline that may be.

I have spent two years living in Central and South America: one year in Honduras before University, and one year in Colombia during the course. I have a strong inclination towards all matters Latin American -particularly its literature- but have received most of my teaching in peninsular Spanish, so am fully capable of teaching Spanish that is suitable for GCSE and A Level specifications. Given the interdisciplinary nature of the degree, I am knowledgeable on a number of social, political and cultural aspects of the Hispanic world, and am therefore able to give high quality and relevant tuition at all levels.

Although I have spent more time in Spanish speaking countries my degree is in both French and Spanish. Given that I decided to continue taking French models right into my final year, there is little difference between the two languages. I have been studying French from the age of ten, and have a special interest in modern French thought.

Availability: A lot of free time to tutor at the moment. Get in touch and there will be no problem in sorting something out together.

Experience: I spent a year before University teaching in a secondary school, as well as teaching the final year of primary.

Whilst abroad on the third year of my University course I gave private tuition to students in a variety of subjects.

I work in a language school each summer, and will often be called upon to give English classes to foreign students.

Having sat most of the examinations a prospective tutee might be sitting, I am aware of the demands of the examination boards. As well as this, I am willing to teach students who wish to learn the language in their free time, or as a hobby. I will assess the level of the tutee after a first session and plan the nature of our classes accordingly, as well as taking into account requirements and special interests. The aim would be to create a series of classes that are relevant and highly interest for each individual.

Contact this Tutor
Feedback For Mark James (0)
We have a total of review(s) for Mark James.

Hi Mark,
Are you available to tutor French?