Freya has disabled his/her profile. You can not contact this Tutor at this time. 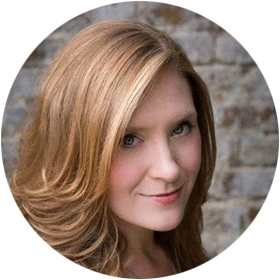 I am a professional singer with many years experience performing and teaching, working with opera companies, professional choirs and as a session singer for film soundtracks and television.

I am a highly experienced teacher and vocal coach and I believe that no matter the style of singing, strong vocal technique is essential for success. Whether you are a total beginner or a seasoned professional I know I can help.

I offer vocal tuition and coaching in a number of styles, from classical and opera, to musical theatre and pop. I have taught from ages 6-90, so no matter your age or ability don`t let it stop you! I have a fun and friendly approach to my teaching as well as grounding everything I do in solid vocal technique, no matter the style.

Availability: I am quite flexible as I know peoples schedules can change last minute. I usually teach at my home both during the day and the evening, and occasionally on weekends.

Experience: I have taught both in schools and privately for many years, and I have a 100% success rate - all of my students not only pass exams but excel, often achieving Merits or Distinctions. I use the ABRSM and Trinity Guildhall Boards as well as Music Theatre board.
I currently teach singing at The Dragon School, Pinewood School and at d`Overbroecks, Oxford. I also taught singing and music theory at the Purcell School of Music for 2 years as well as working as their Outreach Coordinator, running music workshops and tours all over the country.

As a professional singer I perform regularly with ensembles such as BBC Singers, London Voices, RSVP, Philharmonia Voices and a cappella group Bellaphonics. Career highlights include solos with Birmingham Opera Company in Stockhausen’s Mittwoch aus Licht directed by Graham Vick, film soundtracks (including Interstellar, Maleficent, The Hobbit and Hunger Games series) and I have performed solo twice at the Wigmore Hall as part of the Voiceworks contemporary music series. Opera credits include Amastris in Handel`s Xerxes, Dido in Purcell’s Dido and Aeneas, The Mother in Menotti`s Amahl and the Night Visitors, Julia Bertram in Jonathan Dove’s Mansfield Park, both Annina and Flora in Verdi`s La Traviata, Cherubino in Mozart’s Marriage of Figaro, and last summer I originated the role of Stephanie in Evariste, performed at Somerset House and the Tete-a-Tete festival 2015.
Most recently I have been touring with Opera Anywhere, performing the roles of Pitti-Sing in The Mikado, Edith in Pirates of Penzance, and 2nd Lady/2nd Boy in Mozart`s the Magic Flute, and I am currently preparing the role of Marc Antonio for a production of Marc Antonio e Cleopatra with Ensemble Serse, London.

We have a total of 1 review(s) for Freya.

I was very disappointed for she cancelled the lesson in the last minute and ignore my text and email ever since.