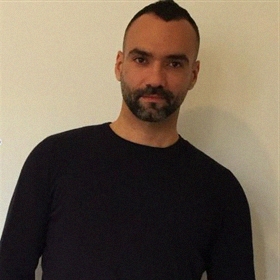 We have verified this users DBS
How references rated Stathis

All rates listed here go directly to the tutor - we don't charge commission for this tutor.
Rates summary: Ł40.00 to Ł45.00 per hour


I am a music theatre teacher, singing teacher, music teacher and actor, and I still work as an actor occasionally. I have successfully guided my students to achieve high results in graded examinations in music theatre (London College of Music Examinations -LCM - RGT Examinations).
I consider myself able to guide students how to approach theatrical roles and songs.
I am a highly organized and motivated professional music teacher .I have been a substitute music teacher for 10 years in Greek public primary schools since 2006 to June 2016.
I am fully qualified with Bachelor of Music Studies (National and Kapodistrian university of Athens) and I am a QTS holder.
I also teach keyboards & piano as well as music theory / harmony

Music Teacher in primary schools since 2006

THEATRE
• ‘Les Misérables: The Musical’’ Victor Hugo. adapted in Greek, music by Claude-Michel Schönberg
• "Windmills for Windmill Travellers`.
• `The Prince and the Pauper` Mark Twain.
• `Oedipus the King`` Sophocles.
• `Antigone`` Sophocles.
• `The Birds`` Aristophanes’.
• `The Cicada and its friends`
CINEMA
• “AWAKENESS” Short film for the 48 hour film project Athens 2008
• ``Death on the Prowl”
• ``Child Walking on its Hands``. Pyx-Lax. 2001