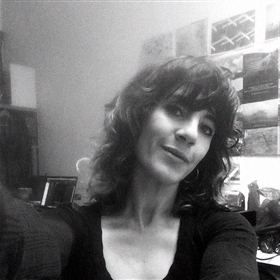 We have verified this users DBS

I`m a Director and Drama teacher working in Theatre and Film. I`m from Seville (Spain) where I completed my studies in Literature (2007) and Dramatic Art & Theatre Direction (2013) before moving to London. Alongside my education I have studied a number of different disciplines such as Creative Writing, Music, and Contemporary Dance. I`m interested in immersive and site-specific theatre that involves new methods of staging and acting techniques to blur boundaries between fictional actions and real public spaces and people.
I have collaborated with a wide range of people from architects to technologists and I`m constantly seeking to develop my understanding of theatre and film through inter-disciplinary work.

Availability: Available all days of the week, from early mornings till late evenings.

Experience: I`ve being studying acting techniques, improvisation, mime & movement, performance, voice & writing skills from the age of fourteen outside of school and all through my schooling years. Since 2010 I began to combine my degree with an internship programme of drama and literature to groups of students in a range of age (from 4 to 17 years old). And for during the next few years I would focus my career in teaching, play production and directing, I believes the more experience you have working in theatre, the more appealing you will be as a drama teacher.

Through my studies I have formed an understanding on how to train and work with actors, but since I initiated film projects I developed special interest on working with non-actors as well, I believe ‘they give life and reality’ to the films because ‘they don’t judge themselves, they are just who they are’ and is when I found out the real power of improvisation technique to get from them ‘true organic results in their performance’.

In the present I`m undertaking workshops with young people and adults to develop their skills relating to cinematography, sound, performing, screenwriting, and video editing. A well focusing on Actor training & Coaching for non-actors or professional performers as independent theatre companies that required Artistic Direction.

I`ve recently produced Unscene199, a theatre and performance festival and have initiated the formation of a community interest company called Persona Collective. The aim of the group is to undertake site-specific urban research and performance projects in Green Lanes, involving the community in the art-making process and live events.