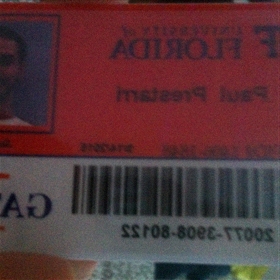 
one to one
All rates listed here go directly to the tutor - we don't charge commission for this tutor.
Rates summary: Ł15.00 to Ł30.00 per hour

I am a student at the University of Florida majoring in Computer Science. I have experience teaching at the high school level with emphasis on the sciences, math, humanities, and standardized test preps. I also teach expository writing and assist in writing essays for school and for applications to Universities, especially Universities in the United States.

I am also an instructor of Wing Chun Kung Fu (Also known as Chinese Boxing) It is a form of martial arts which emphasizes practicality to overcome attackers who are larger, stronger and faster than you. It teachers practitioners to relax and remain sensitive and astute to the actions and energy of the opponent while using the functional anatomy of the human body and the path of least resistance and shortest distance to create the maximum result from minimal amounts of effort.
The two men who made this martial art what it is today are Ip Man and his most famous student, Bruce Lee. Both were men of very small stature but were able to overcome men who were much larger than them with ease.
This martial art is also the only martial in the world which was invented by a woman who only taught women for the first and second generations.